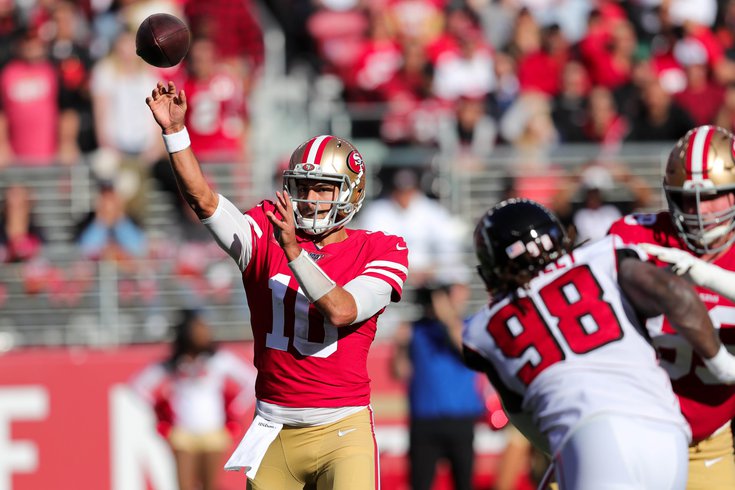 The Eagles are trying to catch the 49ers in the NFC wildcard race.

The Philadelphia Eagles should be playing a football game today. Instead, because the NFL is just making things up as they go, the Birds will have some meetings and a walkthrough on Sunday, and they'll play their game against the Washington Football Team on Tuesday. Through no fault of their own, they'll have to play three divisional games in a span of 13 days.

The Eagles still have rooting interests while they watch the NFL's slate of games from the NovaCare Complex, both in terms of playoff implications and draft positioning. You can find our Week 15 non-Eagles rooting guide here. You can also find all the Week 15 odds right here.

The Week 15 slate of games:

Feel free to discuss the full slate of games in the comments section below and follow along in our live tracker.