NFL wild card playoff lines, totals and betting tips for every game, including Eagles vs. Buccaneers 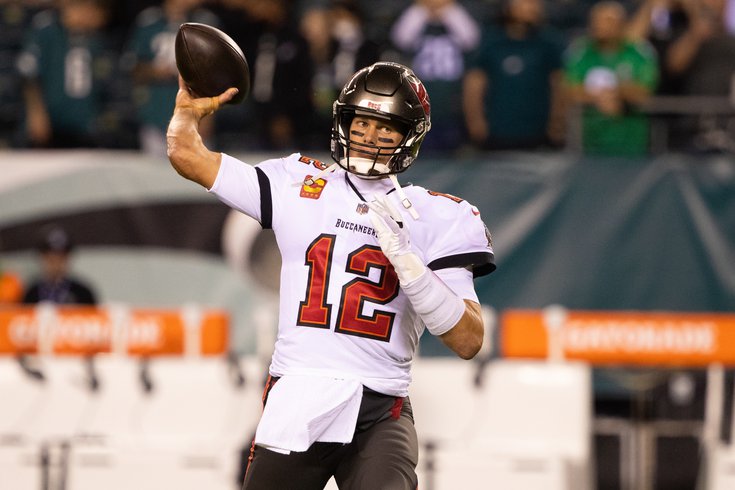 We have finally reached the playoffs after a long NFL season, and there’s plenty of value on the board. From the local Eagles taking on the Bucs to a rare Monday Night wild card matchup out west, there is plenty to bet. The weekend opens on Saturday with a pair of games, followed by three on Sunday, then ends with the NFC West matchup on Monday night.

The weekend also features a couple of repeat matchups, from divison rivals in the Cards and Rams to a rematch of the Bucs and Eagles. We also see the top two AFC East teams square off for the third time this season. The Packers, Chiefs, and Bucs are all heavy favorites to win the whole thing, but it all starts on Wild Card Weekend – at least for KC and Tampa Bay. All the lines and point totals below come via sidelines.io.

Vegas got in under the most bizarre set of circumstances and may be playing with house money. Does that make them dangerous against the Bengals? Absolutely not. Cincinatti turned the page this year and outside of a couple of weeks with COVID/Injury issues, proved to be a top-tier team. They have one of the most prolific passing offenses in the NFL, whereas the Raiders are just a team that throws a lot. This should be shootout mode for both teams, and I really like the OVER 49. Taking a side means playing the Bengals but nothing more than the six points they are currently laying.

Normally we see a 3-point line with two teams in the same division, especially when they are playoff-bound teams. This line is sharp, and there’s no real break by taking the Patriots. If you like New England then take them on the money line, but if you like winning money just lay the four points. Buffalo comes off a sluggish performance where they eventually woke up against the Jets, but their offense and defense are intact. Josh Allen presents a difficult matchup for the Patriots defense where they can’t just “take him out of the game” like they try with other players. The Bills struggled to cover larger lines against far worse teams but should walk all over Mac Jones and this Patriots offense that was actually trying against Miami.

Take the under 49 here before you do anything else. The Eagles run the ball better than anyone and will ask Jalen Hurts to have his best game on the ground. The Bucs are down a couple of receivers and will shift their passing offense to shorter plays. Both teams will score some points but it won’t be the shootout predicted by the total here. I like the Eagles to stick around and will gladly take them anything over 7.5 points, but it is Tom Brady. I’m hesitant to even place a quarter-unit on the Eagles ML but when you have a team that runs so well, it’s hard to pass up on so many points. The best part about the Eagles line is that it won’t dip past 7.5, so if you want to wait and see if this goes up – maybe even 9.5 – then by all means just wait. The only way in which I see the Bucs covering a 9+ point line is if the Eagles turn back to pass-first mode, which we saw at the start of the season. Running the ball is the only way to cover this line, and maybe saying a prayer for the defense against Brady.

How bout dem Cowboys (in the wild card)? Take Dallas. All day. I won’t waste your time pontificating about how good the Cowboys can be this year, especially with an improved defense, but you should take note on the game that the Niners just come off this past weekend. I smell letdown in the air, not because they are overlooking Dallas, but it’s just so difficult to keep up that level of momentum and energy. The Cowboys slept walked through their win over the Eagles, but it got starters on the field and they went through game motions. The Niners put everything possible into a game JUST to make it into the playoffs. They are also good enough for Dallas to come in hot and firing, as opposed to a team that backdoors their way in – like Vegas. Dallas should easily win this game and is getting shorted on the line because it’s the playoffs. The books didn’t want to make this a 5/5.5-point line because far less money would be on the Cowboys. Don’t worry about the public or sharp money here, just trust the Cowboys are better.

This line is ridiculous! 12.5 points in any playoff situation screams take the dog. I would love to follow that trend here but there’s just something about how bad Pittsburgh truly is, and how improved the Chiefs defense is playing. We expect Tyreek Hill to be healthy and Pat Mahomes should have a field day against the Steelers secondary. Outside of TJ Watt, the Steelers don’t have much to slow down KC’s passing attack. I hate to lay these many points for a Chiefs team that struggles to cover larger numbers at home. My suggestion here is to live bet this game on KC’s side. Let something happen, either the Chiefs offense struggles, or the Steelers steal a TD. Wait for the line to drop, even a couple of points below 10, then pound the Chiefs. Maybe we get lucky and it’s 10-0 Steelers after one quarter!

Arizona wins on the road, and they humiliate themselves at home. That’s been the story this year especially against the spread. Arizona went 8-1 ATS on the road including an outright win against the Cowboys two weeks ago. It’s the same thing here, especially since the Cards know the Rams – two times over this year. The Cardinals beat the Rams 37-20 in their first meeting which was at SOFI statdium. Much like we said about the Cards-Cowboys game, it doesn’t matter who Arizona is playing so long as they play the game on the road. The Rams are defeated after that tough OT loss to the Niners and have to be concerned about Matthew Stafford and recent turnovers. Take Arizona +4 and take them on the money line to win outright. Arizona covering games on the road, it’s what they do.