Nick Foles shouts out Meek Mill as Bears get another win 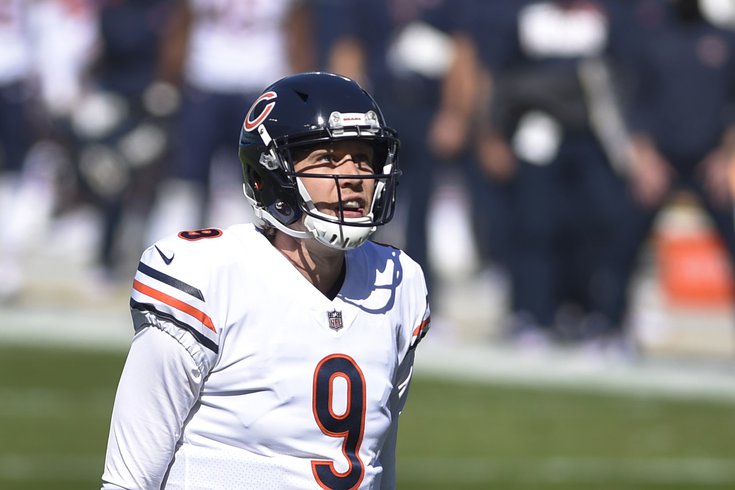 Chicago Bears quarterback Nick Foles was excited to hear Meek Mill playing in the team's locker room after their 23-16 win over the Carolina Panthers. In Philadelphia, Meek Mill's 'Dreams and Nightmares' was an integral part of the team's Super Bowl run.

Nick Foles and the Chicago Bears improved to 5-1 on Sunday with a typically messy 23-16 win over the Carolina Panthers, taking sole possession of first place in the NFC North.

Foles is now 2-1 since taking over the starting quarterback job from Mitchell Trubisky in Chicago.

To celebrate Sunday's victory, the Bears locker room apparently played some Meek Mill, a go-to choice for the Eagles during their Super Bowl run in 2017-18. Foles was excited to talk about it after the game.

“I'm more like country, maybe some christian rap, but I'll tell you what if @MeekMill comes up with that song I get rolling." 😂 pic.twitter.com/6hXn1OuvWq

"It reminded me of Philly a little bit, you know," Foles said. "I'm not going to lie, that got my juices going, so shout out to Meek."

Foles added that he "might have" gotten up and danced a bit when "Dreams and Nightmares" came on, even though he's privy to country music and Christian rap.

RELATED: John McMullen: A signature loss for Carson Wentz? | Handing out 10 awards from the Eagles-Ravens game | Don’t be fooled by Eagles' (near) comeback — they shouldn't be deadline buyers

It would appear that Foles is exporting Philly's halcyon days to Chicago as the decimated Eagles flounder at 1-4-1, led by Carson Wentz and he valiant fourth quarter comeback attempts.

Foles said he doesn't care that the Bears are winning in an ugly fashion.

.@NickFoles got us ready to run through a brick wall!

"Would you rather lose pretty or win ugly?" Foles said during his postgame press conference. "I think that we'd rather win ugly."

Foles nostalgia is bitter medicine for a large subset of Eagles fans, but with a quick turnaround to a Thursday night matchup with the New York Giants, a little reminder of Philadelphia's winning ways might be a welcome pick me up.