No joke: Six Flags pulls plug on new coaster, The Joker, after riders get stuck 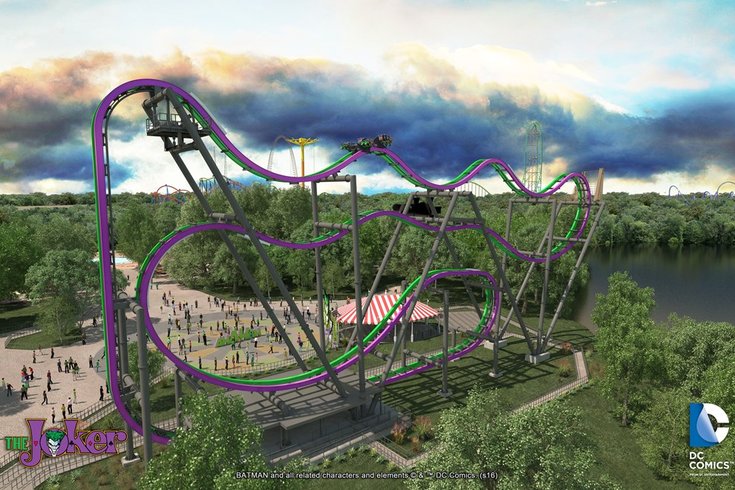 After several weeks of hype leading up to the debut of The Joker, Six Flags Great Adventure's latest attraction, park operators hit a snag Thursday afternoon and shut the coaster down when riders got stuck on the 4D free-fly behemoth.

According to NJ.com, the ride's launch lasted little more than a few rides before two guests became trapped in one of the coaster's cars at around 12:30 p.m. A maintenance team spent several hours freeing the riders and fixing the malfunction before officials at the Jackson amusement park decided to close it down at around 3:30 p.m.

About an hour after the unveiling ceremony, one of the cars got stuck due to an issue with the coaster's "dampeners," which control the car's ability to flip throughout the course of the ride. Over the previous three days, there had not been any issues with The Joker during test runs.

John Fitzgerald, president of Six Flags Great Adventure, told NJ.com that it was a relatively simple fix that got complicated by the presence of cameras and other features surrounding the ride's unveiling.

"We clearly don't want that to happen, so we swapped out that vehicle," Fitzgerald said. "No one's safety was ever at risk."

In January, Fitzgerald described The Joker as an experience in "spinsanity" that "delivers total mayhem" to riders. You can check out a test run in the video below.