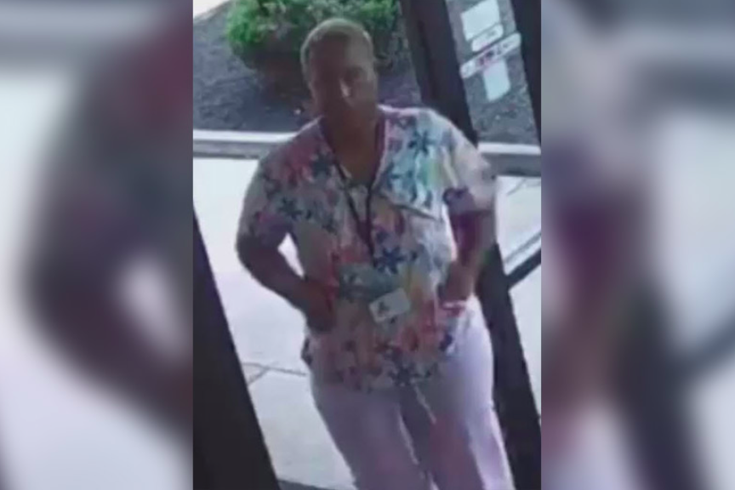 Female suspect wanted in aggravated assault with a vehicle in Northeast Philadelphia on Oct. 6, 2018.

Philadelphia police are searching for a woman who allegedly rammed her vehicle into a man after an argument in the parking lot of a Dunkin' Donuts in Northeast Philly.

Authorities said the incident occurred Oct. 6 around 10:25 am.

The victim, 29 years old, was with a group of friends outside the Dunkin Donuts at 9173 Roosevelt Blvd.

Police said he and his friends had been involved in an argument with the woman allegedly behind the wheel of a white sports car, which has since been recovered by police.

Video of the incident, released Thursday morning by police, shows the car aggressively ram into a man wearing a red shirt. After the collision, the victim is apparently carried off screen by the impact.

Authorities said the man suffered severe injuries but further information on his condition was not available.

Surveillance footage at Dunkin' Donuts shows the woman in what looks to be a nurse's attire.

Police described the driver as a black female between 35-40 years old. She's between 5 feet 7 inches and 5 feet 9 inches tall and weighs about 200-215 pounds. She has a blond crewcut.

The woman is wanted on charges of aggravated assault and related offenses. Anyone with information about this incident or the suspect can contact Northeast Detectives at (215) 686-3153.