Officers hurt in crash on way to hospital 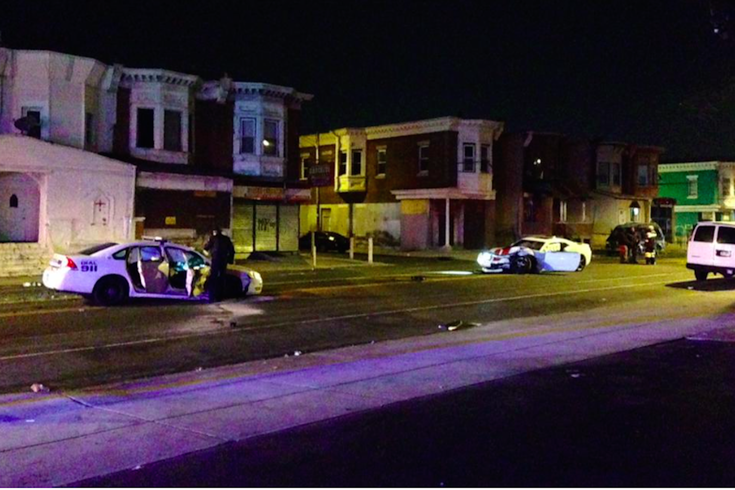 Two Philadelphia police officers were injured in a car crash while rushing a gunshot victim to the hospital on Wednesday.

The officers had responded to reports of a shooting on the 2400 block of Hollywood Street around 3 a.m., where they found a 24-year-old man suffering from at least three gunshot wounds in his leg. They put the man in the police car and began transporting him to Temple University Hospital, Philadelphia police said.

Both injured officers and the shooting victim were rushed to Temple University Hospital where they are all listed in stable condition. The police driver has a likely concussion.

The 29-year-old drivers of the other two vehicles were also taken to Temple in stable condition. Neither driver is licensed, according to police.

The crash remains under investigation.