The third-annual Sea.Hear.Now Festival will be held in Asbury Park 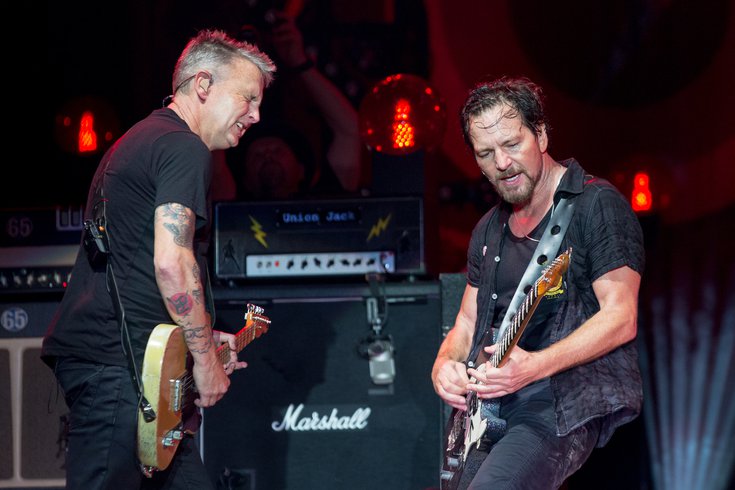 Pearl Jam is slated to headline the music lineup at the 2020 Sea.Hear.Now Festival this September in Asbury Park, New Jersey.

Pearl Jam is slated to headline the music lineup at the 2020 Sea.Hear.Now Festival this September in Asbury Park, New Jersey.

The full lineup, which was released on Monday, includes the likes of the Avett Brothers, Billy Idol, Cage the Elephant, the Beach Boys, Patti Smith, and Lord Huron. Local groups such as Remember Jones, Jackson Pines, and American Trappist will also perform at the festival.

Pearl Jam’s appearance at the festival will come following the release of its newest album later this month.

The third annual two-day festival will take place on September 19-20, and it has drawn as many as 35,000 attendees over the past two years of the event. The festival is organized by event promoter Tim Donnelly and music photographer Danny Clinch.

You can view the entire lineup below on Twitter.

Are you ready to catch the #SeaHearNow wave with @PearlJam, @theavettbros, @CageTheElephant, @BillyIdol + more this September?! Lock-in your GA, GA+, VIP or Platinum Tickets at 12pm ET today. Quantities are limited. https://t.co/vuA8dx7hsH pic.twitter.com/ZyiEgzeuE4


The festival has three stages that feature music, surfing, and visual arts. Surfers will compete in various events at the festival, and board shapers will be in attendance as well to craft surfboards.

The visual arts aspect of the event will include murals and a recycled surfboard arch on the beach called “Stoke Henge.”

Tickets are available on the festival’s website, and prices start at as low as $185 each for two-day passes. Single-day passes are not available at this time.

General admission, VIP, and platinum tickets are now available, as tickets run for as much as $7,950 for the festival. Some of the benefits of the higher-priced tickets include access to side-stage viewing and backstage areas, as well as a three-night stay at the new Asbury Ocean Club Resort.

The festival featured Bruce Springsteen, Blondie, and Incubus when it began in 2018, and last year, the event was headlined by the likes of Dave Matthews Band, the Lumineers, and the B-52’s.