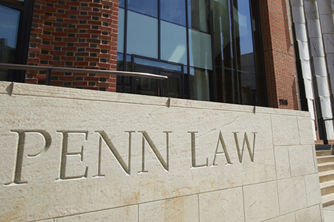 A $125 million gift from the W.P. Carey Foundation will support the newly renamed Carey Law School at the University of Pennsylvania.

The University of Pennsylvania's law school has received a $125 million gift from the W.P. Carey Foundation, whose name will now be reflected in the school's title.

Members of the Carey family have attended Penn for more than three centuries, the university said Friday in a statement announcing the new University of Pennsylvania Carey Law School.

“The Carey Foundation’s historic gift will further elevate an outstanding multidisciplinary program of legal education at the University of Pennsylvania,” Penn president Amy Gutmann said. “The Carey family and the Foundation have deep roots at Penn as dedicated alumni and generous supporters of the university’s educational mission and its students."

With the gift, Penn will be able to increase student financial support, expand programs and better recruit scholars who can impact the profession.

The university also plans to increase investment in interdisciplinary and entrepreneurial programming.

"Carey Law will be at the forefront of training students in creative problem-solving and the increasing interconnectivity of commerce, law, and public policy," the university said.

The foundation's gift honors Francis J. Carey, a 1949 Penn Law grad, and William Polk Carey, a 1953 graduate of Wharton, who established the foundation with the goal of supporting educational institutions to improve American global competitiveness.