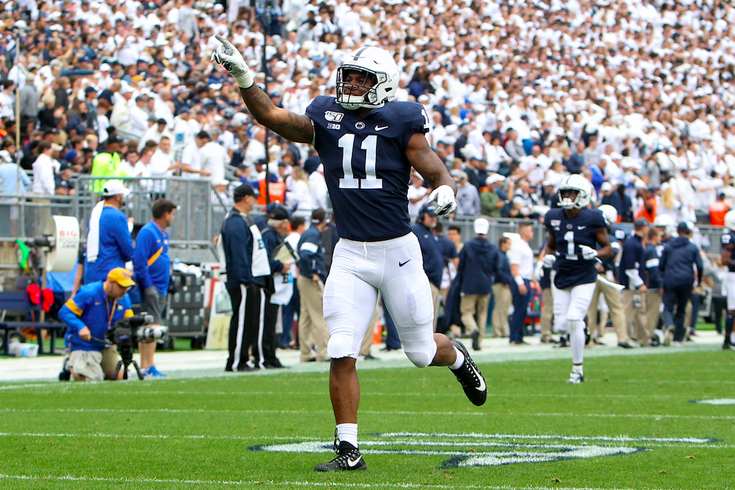 Penn State University wants fans visiting State College to take extra precaution against bringing the invasive spotted lanternfly along with them on their trip.

Penn State is 4-0 ahead of Saturday's matchup with Purdue, but university administrators have another concern on their minds: the spotted lanternfly.

The invasive pest has made a home for itself in 14 counties in Pennsylvania, but hasn't yet established a population in Centre County.

Penn State officials are reportedly concerned that football fans traveling to see the Nittany Lions may bring the hitchhiking insects along with them to University Park, according the Centre Daily Times.

To keep them from spreading, the university issued a series of tips to visiting fans from counties that are considered quarantine zones:

• Walk around your vehicle and check closely for any spotted lanternfly adults and/or nymphs; particularly check the windshield wiper area, bumpers and wheel wells. Be certain to check inside the vehicle as well. In fall and winter, also look for egg masses, which have the appearance of mud splatters.

• Check any piece of equipment or item that you will be transporting that has been outdoors in the quarantine area — such as grills, tents, tables or yard games.

• Do not park your RV or other vehicles under trees in the quarantine zone. Always keep your windows up.

• Check yourself before getting into any vehicle to make sure there are no spotted lanternfly nymphs or adults on you.

The spotted lanternfly, a native species of Asia, was first found in the United States in Berks County in 2014. The insect has since spread to parts of Virginia, Maryland, New Jersey and Delaware.

The destructive flies feed off of various tree species, most notably the tree of heaven, and pose a significant threat to agriculture. Millions of dollars have been spent developing, methods to eradicate them, a process that is expected to take several years.