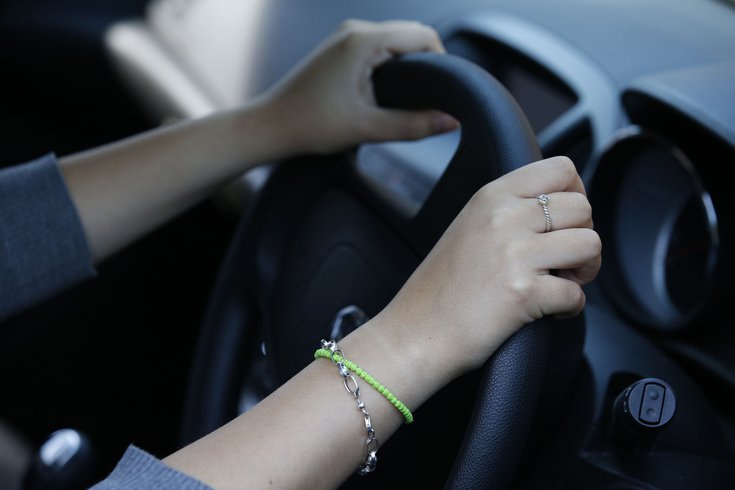 A Pennsylvania woman was ticketed for taking a drive during the state's stay-at-home order. Pennsylvania State Police troopers said the driver violated Disease Control and Prevention Act, which was enacted in 1955 to control a syphilis outbreak.

Police officers used a law written 1955 to stop a sexually transmitted disease outbreak to cite a Pennsylvania woman who they said violated Gov. Tom Wolf's stay-at-home order by going for a drive in York County recently.

Anita Shaffer, 19, got a ticket for more than $200 from the Pennsylvania State troopers who pulled her over, initiating the traffic stop in Red Lion, Pennsylvania, for what they said was a broken taillight, PennLive reported. Officers then gave her the ticket under the 1955 Disease Control and Prevention Act for going on a lengthy drive, which they saw as a violation of Wolf's order control the spread of COVID-19.

Shaffer said she was driving alone and told the troopers she had no intention of leaving the vehicle. According to FOX43, the official report read that she "failed to abide by the order of the Governor and Secretary of Health issued to control the spread of a communicable disease."

The fine appears to be the first issued for a violation Wolf's statewide stay-at-home order, which requires residents to stay at home at all times, unless on "essential business" like going to the grocery store or seeking medical attention. At the time that Shaffer was ticketed on Sunday, March 29, the order had not yet been expanded statewide. But it had been in place for two days for York County.

Police gave a statement saying that "Sunday drives are not essential travel."

The 1955 law is the same one that Pennsylvania lawmakers referenced in order to conceal information regarding coronavirus statistics in early March. At state officials announced the first people had been diagnosed with COVID-19, Health Secretary Rachel Levine was criticized for withholding some coronavirus testing statistics, which she justified citing the law, which prioritizes a patient's need for privacy.

Syphilis outbreaks first prompted Pennsylvania to pass the law in the 1955 "for the prevention and control of communicable and non-communicable diseases ,including venereal diseases." The statue defines things like quarantine and surveillance of people who have tested positive for such diseases.

Technically, if Shaffer is found guilty and doesn't pay the fines, she could go to jail for 30 days.

The Administrative Code of 1929 also was cited against Shaffer. That law organizes state enforcement of public health safety, and was passed during years when the U.S. was battling the spread of polio.

Shaffer's case is getting national attention, leading to outrage and confusion about how governments can enforce shelter-in-place and stay-at-home orders, as well as what punishments can be levied against violators. Even U.S. Sen.Ted Cruz, from Texas, reacted to the York County story, saying "This is absurd" and "We don't live in a police state."

Pennsylvania State Police defended their authority by noting that there are no checkpoints for stopping drivers who appear to be violating the stay-at-home order.