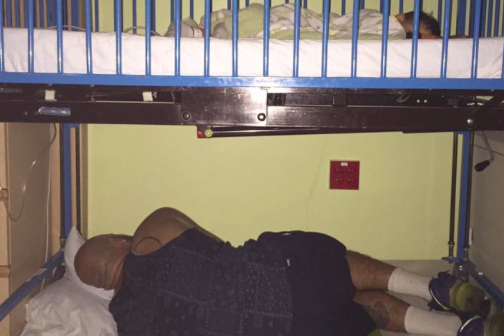 On Wednesday, we published an article saying the parents of the year award should go to these folks.

Well, it seems we’ve found another parent who is worthy of being in the running.

Meet Andre Palmer, the York, Pennsylvania, dad who, according to his wife’s viral Facebook post and subsequent media interviews, spent the night sleeping on a hospital-room floor underneath his sick son’s crib after working a full shift.

Andre Palmer's wife, Amy, apparently snapped the sweet photo, which she shared on her personal Facebook page with the following post: 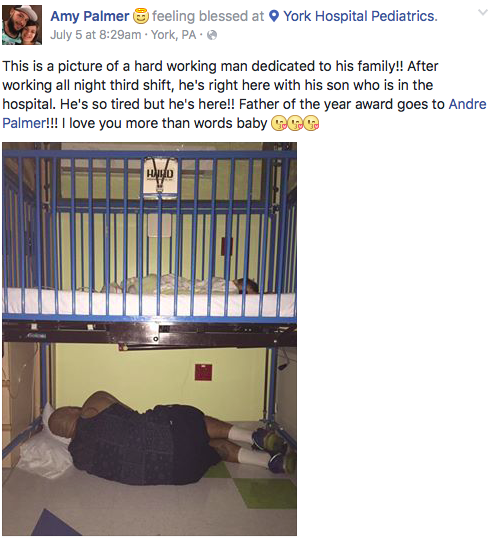 While Amy Palmer meant to acknowledge her husband for his selfless act, she didn't expect the world to do the same.

On Thursday morning, she wrote a new post on Facebook, which read, in part, "I took the picture because I thought what a selfless thing for my husband to do. He could have went home after work, he could have asked me to get up. I would have never imagined that it would have touched so many people."