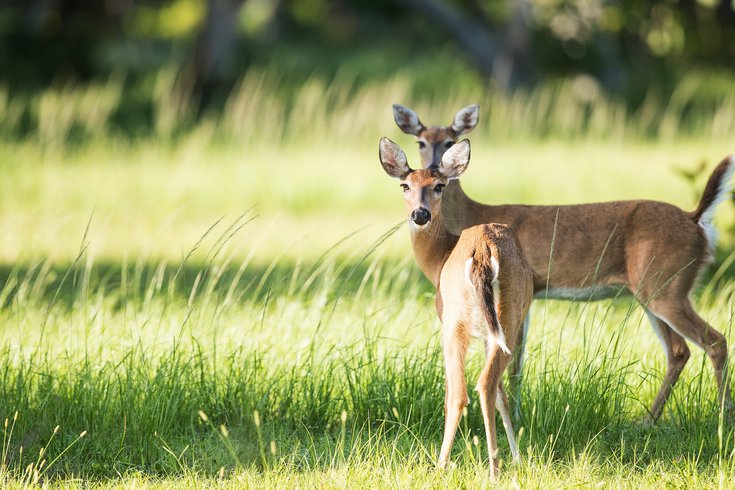 A sample of Pennsylvania deer tested positive for COVID-19 antibodies in a federal study geared towards measuring the pandemic's impact on wildlife.

A federal study found that some deer in Pennsylvania and across the eastern United States tested positive for coronavirus antibodies, meaning they likely were exposed to SARS-CoV-2, the virus that causes COVID-19.

The U.S. Department of Agriculture's Animal and Plant Health Inspection Service, which led the study, took a small sample of the deer population and tested them for COVID-19 antibodies to determine the impact of the virus on wildlife.

It found more than a third of the sample size had been exposed to the virus, but there is still a lot that is unknown.

The USDA also said it's unlikely that deer can spread the virus to humans.

"There is no evidence that animals, including deer, are playing a significant role in the spread of SARS-CoV-2 to people. Based on the available information, the risk of animals spreading COVID-19 to people is low," Gail Keirn from the USDA told PhillyVoice in an email.

The USDA collected 481 blood samples from deer between January 2020 and March 2021 from Pennsylvania, Illinois, Michigan and New York, and detected COVID-19 antibodies in 33% of those samples.

Of the 119 samples taken in Pennsylvania, 31% of the samples tested positive for antibodies.

None of the deer tested in the study appeared to be ill. However, antibodies are the body's immune response to pathogens, meaning those that test positive for COVID-19 antibodies have likely been exposed to and fought off the virus.

If you look just at the data from 2021, Pennsylvania's percent positivity was 44%, Illinois was 7%, Michigan's was 67% and New York's was 31%. It found the cases were clustered, showing it spread within only certain counties.

Researchers say a lot is still unknown, and while the results show some white-tailed deer populations in the region were exposed to COVID-19, it "should not be extrapolated to represent the prevalence of SARS-CoV-2 antibodies in the deer populations as a whole."

This study has not yet been peer reviewed, and researchers say additional research is needed to determine how the virus is spread among the deer population, how they got infected in the first place and how it could impact communities.

"Studying the susceptibility of certain mammals, such as deer, to the SARS-CoV-2 virus helps to identify species that may serve as reservoirs or hosts for the virus," according to the USDA website. "It also helps us understand the origin of the virus and predict its impacts on wildlife and the risks of cross-species transmission."

They said they don't know how the deer were exposed to COVID-19, though it's possible they were exposed through people, the environment, other deer or another animal species.

Researchers also said there is no evidence that people can contract COVID-19 from preparing or eating meat from an animal infected with COVID-19. Hunters can get infected with several other diseases, though.

While reports of animals getting infected with COVID-19 are relatively rare, it can still infect and cause symptoms in animals via human contact.

Some high-risk animals at the Philadelphia Zoo were given doses of an experimental COVID-19 vaccine designed for animals. The zoo was one of several across the country that was chosen to give doses to some of its animals.