Pennsylvania could lose its state bird, the Ruffed Grouse, because of climate change

If temperature trends continue unabated, the bird will likely move north to New York and Vermont for survival 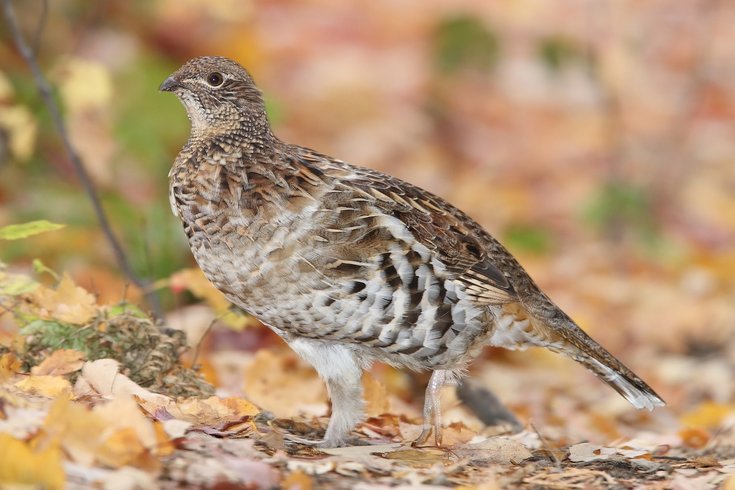 The Ruffed Grouse, a smallish brown-and-tan bird which prefers Pennsylvania's woods and forests, could leave the state entirely during summer months if climate trends continue.

The Pennsylvania state bird is the Ruffed Grouse, a smallish brown-and-tan bird which prefers the state's woods and forests. If you've never seen one in person, the best time to go looking is during the summer, and you should consider trying to do sooner rather than later.

A new study released Thursday by the National Audubon Society suggests the Ruffed Grouse, along with seven other states' state birds, could largely or entirely leave their respective states' borders in future summers because of climate change.

The scenarios posed by the Audubon Society's study are still decades away, but the changes would be drastic.

"Audubon scientists took advantage of 140 million observations, recorded by birders and scientists, to describe where 604 North American bird species live today — an area known as their “range.” They then used the latest climate models to project how each species’s range will shift as climate change and other human impacts advance across the continent. The results are clear: Birds will be forced to relocate to find favorable homes. And they may not survive."

If climate change raises global temperatures 2 degrees Celsius above pre-industrial levels by the end of the century, the Ruffed Grouse population would likely leave Pennsylvania altogether during the summer.

The birds would spend their summers in places like upstate New York and Vermont instead, according to the study, to find more fitting conditions.

Over in New Jersey, where the state bird is the American Goldfinch, the situation isn't exactly as dire. Warming by 2 degrees would take the birds out of South Jersey, and populations in areas like Toms River and Trenton would suffer, but they would remain relatively stable in North Jersey.

Other state birds in danger of leaving their namesake states include New Hampshire's Purple Finch, Minnesota's Common Loon, and the California Quail.

Scientists have warned the planet has until 2030 to cut carbon dioxide emissions by 45%, and then until 2050 to cut emissions to net zero, in order to keep the global warming level below 2.0°C.