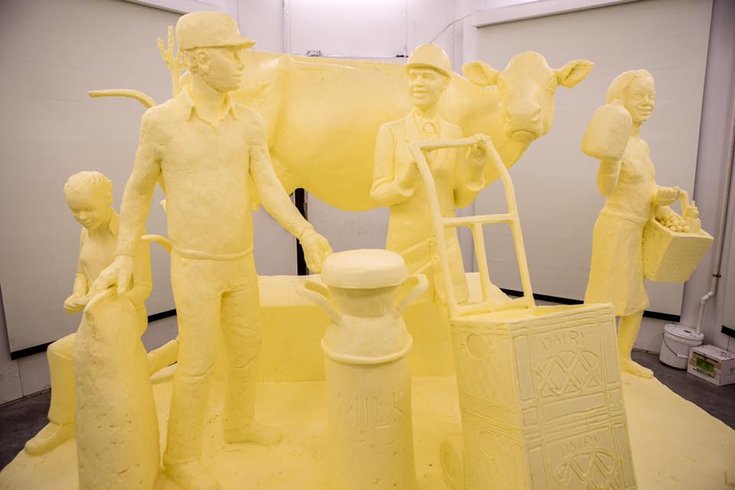 What to do with a half-ton of scrap butter? Pennsylvania, for one, opts to carve a grand sculpture out of it each year.

This year's sculpture, unveiled Thursday ahead of the 102nd annual Pennsylvania Farm Show, depicts the diversity of Pennsylvania agriculture, according to the show's Facebook and Twitter pages.

Carved from a half-ton of butter depicting the diversity of Pennsylvania agriculture — specifically careers and roles that support the dairy industry — the 2018 #PAFarmShow butter sculpture. pic.twitter.com/Q8DHYzz7Kk

It features an agronomist, a dairy farmer, a cow, a milk processor and a shopper with a basket of goods.

After the show, the sculpture will be taken to a Pennsylvania farm to be converted into energy in a methane digester, officials said.

The farm show runs Saturday to Jan. 13 at the Pensylvania Farm Show Complex & Expo Center in Harrisburg. The show, which features thousands of animals, food, displays and other exhibits, is the largest indoor agricultural event in the world.