Not fit for cats or dogs 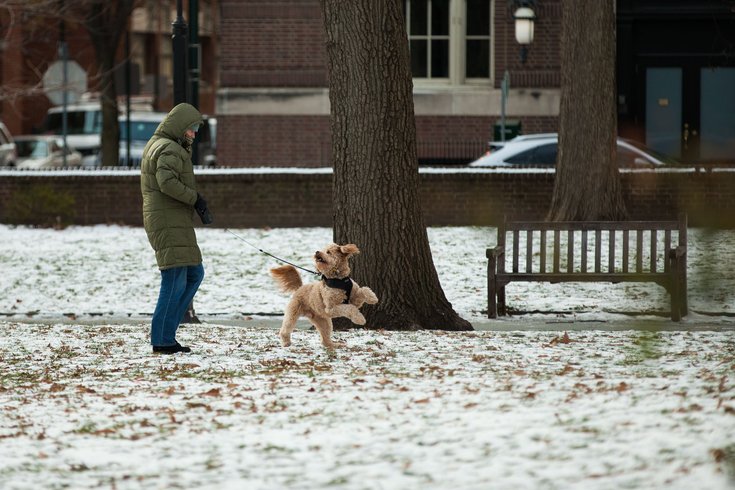 Dog outside in the snow

The brutally cold temperatures are causing pets owners and animal lovers to scramble for the best way to care for cats and dogs -- including strays.

Pennsylvania SPCA spokesperson Elizabeth Romaine said so far no animals have died due to extreme weather conditions in Philadelphia. But officials at Philadelphia’s Animal Care and Control Team (ACCT) — which responds to complaints thanks to ordinance changes enacted last summer — say they are swamped with requests to check on animals.

ACCT Assistant director of operations and field services Tara Schernecke said that her staff of 12 animal control officers — about four of which are working at any given time — is having trouble keeping up with all the complaints.

“This month has been especially rough,” she said, adding that ACCT has been getting between 20 and 30 related complaints a day. “It’s all day and it’s all night.”

Schernecke said her office received a notification of a Code Blue on Feb. 10 and has not been notified of it being lifted.

According to Philadelphia’s City Ordinance, dogs cannot be kept outside during the extreme cold conditions of a Code Blue or Code Grey unless in a structure that adheres to code. The code says shelters must be moisture-proof, windproof, solid, durable, clean, raised two inches off the ground, have liquid drinking water in it and have sitting and standing room.

Schernecke said the officers don’t have authority to remove the animals out in the cold. They can only issue a citation of up to $500 and tell the owner to bring the dog in — if they answer knocks on their door. But if the officer feels it’s necessary, they follow up with the SPCA, which can remove a dog if the situation is deemed cruel.

To ensure the safety of dogs and cats kept outdoors, including strays people are caring for,  ACCT is giving out free straw Saturday and Sunday.

“We would rather see dogs safe and warm than give out tickets for violations,” said Susan Cosby-Jennings, executive director of ACCT Philly. “This will make it easy for caregivers to be in compliance with the law.”

But Dr. Reginald Royster Jr., of Haverford Animal Hospital, said that the best way to keep dogs safe is to keep them indoors during times of extreme cold.

Royster warned that dogs could get frostbite, just like humans. On outdoor excursions, he said, it could be helpful to adorn some animals — particularly shorthaired breeds — with coats.

He added that owners should also be concerned with protecting their animal’s feet from salted sidewalks and streets and use booties or Vaseline on paws and not allow pets to eat snow.