Sixers will have 'lost season' if unable to reach Finals, Charles Barkley says 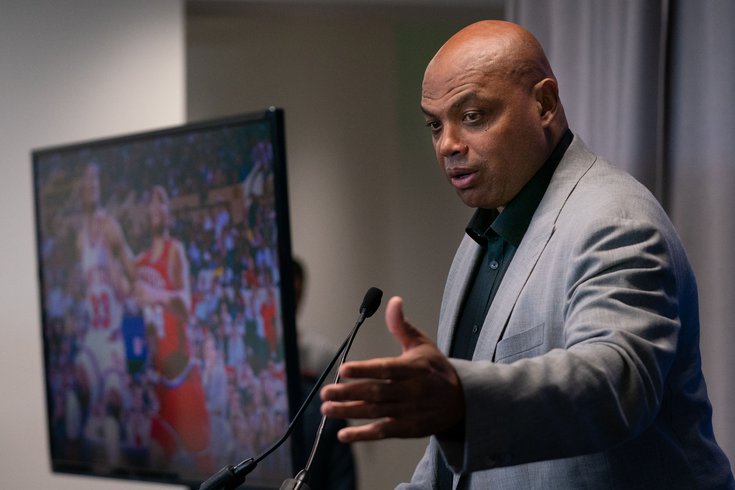 'The only thing that matters for Philly is what happens in the playoffs,' Basketball Hall of Famer and Sixers legend Charles Barkley said about the team.

The 2020-21 season will be a failure for the Philadelphia 76ers if they do not appear in the NBA Finals this summer, according to Charles Barkley.

In an appearance on "The Bill Simmons Podcast" this week, the Basketball Hall of Famer and NBA on TNT analyst said that the Sixers will have "a lost season" if they don't win the Eastern Conference.

"The only thing that matters for Philly is what happens in the playoffs," Barkley said. "If they don't win the championship, it's a lost season. They've been one of the three best teams in the East probably for the last four or five years. Unless they get to the Finals, it does not matter. They got to get to the Finals to have a successful season."

Barkley, who played the first eight of his 16 NBA seasons in Philadelphia, said that he likes the Sixers to come out of the East, especially in a possible matchup against the Brooklyn Nets.

Given their trio of superstars in Kevin Durant, James Harden and Kyrie Irving, the Nets are viewed by many as the team to beat this season. But the Sixers currently hold the best record in the East at 19-10.

However, Barkley said that it's a "no-brainer" that Joel Embiid, Ben Simmons and Tobias Harris would play well offensively against a porous Brooklyn defense.

A frequent critic of Embiid, Barkley heaped praise upon the Sixers' big man for dominating around the rim this season rather than hanging out on the perimeter.

"For this dude to be out there shooting threes, defenders are like 'Thank goodness. I'm not gonna have to wrestle with this big dude in the post,'" Barkley said. "Every time he shoots a three, the defense goes 'Oh, thank you.' Now you see this year, he's in the post. He's just killing people because you can't guard him. You cannot guard this dude. He's just too big, too strong, too quick."

"When Joel Embiid's in the post, he's right there in the conversation with LeBron [James] and Donovan Mitchell for MVP this season because he is just killing people."

Embiid and Barkley have had an interesting relationship over the last few seasons. Barkley, along with fellow NBA on TNT analyst and Basketball Hall of Famer Shaquille O'Neal, has frequently criticized the Sixers big man for not being in shape, living up to his potential or playing aggressive enough offensively

Embiid has agreed with some of their criticism, but Barkley told ESPN last May that the three-time All-Star doesn't like him because of his past comments.

Embiid is also getting to the free throw line more this season. He's averaging career-highs in free throws attempted (11.3 per game), free throws made (9.7) and free throw percentage (85.1%).

On the other hand, Embiid is taking the fewest amount of three-pointers per game in his career while averaging a career-best three-point percentage (39.7%) this year.

However, Barkley said that he needs to see more from Ben Simmons offensively for the team to win the Larry O'Brien Trophy this year. While Barkley was impressed with Simmons' 42-point performance in a losing effort against the Utah Jazz on Monday night, the Sixers legend said that he wants the 24-year-old Simmons to be more aggressive offensively when Embiid is on the floor.

"Why isn't he that aggressive offensively when Joel Embiid is out there?," Barkley said. "He was great and aggressive. Why isn't he like that when Embiid's there? It would only make the team better."

Simmons has taken six three-pointers this season, making one against the Orlando Magic in December. In his four-year career, Simmons has made 3 out of 30 attempts from behind the three-point line.

Barkley is not the first analyst to criticize Simmons for his lack of aggression on offense this year. Simmons is averaging career-lows in points (15.2 per game), field goals made (5.8 per game) and field goals attempted (10.4 per game), according to Basketball Reference.