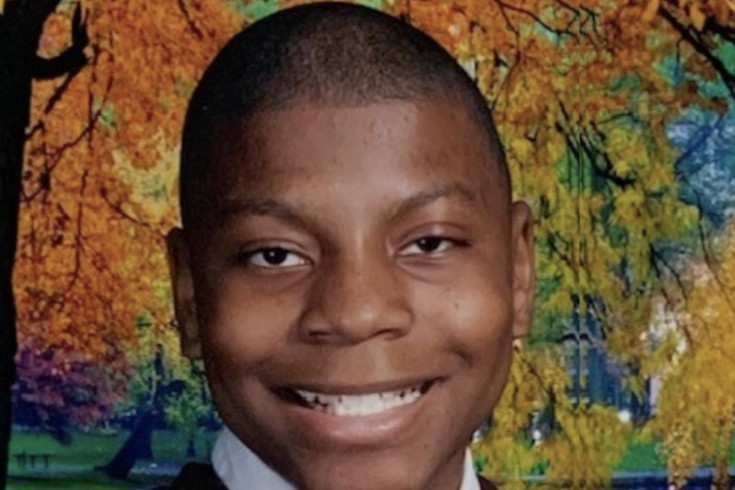 Jalen Maxwell, 13, Maxwell was located in an abandoned home in the 2000 block of East Somerset Street.

UPDATE: Jalen Maxwell, the 13-year-old boy who went missing on Friday, was found safe and reunited with his family at home on Monday, Philadelphia police said.

Maxwell was located in an abandoned home in the 2000 block of East Somerset Street, according to 6ABC. He was taken to St. Christopher's Hospital for Children for evaluation. No foul play is expected.

Philadelphia police are asking for the public's help in searching for a missing 13-year-old boy who was last seen on Friday morning.

The police issued an Endangered Missing Juvenile alert on Saturday for Jalen Maxwell. Maxwell is described by police as a Black male standing 5-foot-4 and weighing 110 pounds with brown eyes and black hair.

Maxwell was last seen Friday at 6:45 a.m. at 1700 Anchor Street in the Wissinoming neighborhood wearing a green Children's Place jacket with fur around the hood, red and black Adidas sneakers and a blue and black backpack with multiple zippers and pockets.

Maxwell is a student at St. Martin of Tours School in the Oxford Circle neighborhood and has a mild form of autism, according to CBS3.

Anyone with information on the boy's whereabouts is asked to call the police department at 215-686-3153.