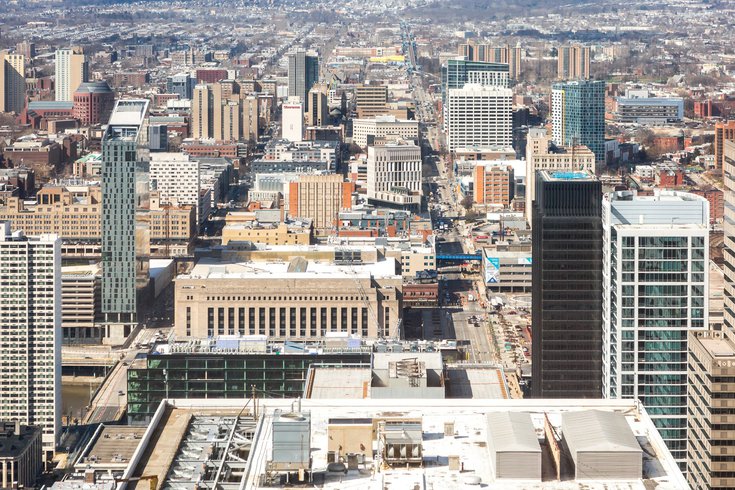 Protesters marched across West Philly on Sunday calling for both Drexel and Penn to defund their respective police departments.

A number of community groups took to the streets of University City on Sunday calling for Drexel and Penn to cut their campus police budgets by at least 50% and eventually do away with their departments by 2025.

The event, called March on University City, attracted hundreds of demonstrators who marched on Drexel University's campus and then the University of Pennsylvania's campus.

Along with defunding each school's police force with the goal of eliminating officers from the campuses  within five years, protesters called for both universities to make payments in lieu of taxes to the Education Equity Fund as restitution.

Demonstrators have also demanded the colleges release public safety data from the past 20 years to the public, as well as disclose financial and legal partnership agreements with the Philadelphia Police Department.

From the action in West Philly today demanding that Penn & Drexel #DefundThePolice on their campuses and #PayPILOTS to fund Philly public schools!

This city needs to #DefundThePolice and divest from campuses. #philly #phillyprotest pic.twitter.com/jjFb54nfH9

Members of the University City community, including Drexel and Penn students and alumni, march up Market Street to advocate for defunding and disbanding the campus police departments following their presence as city officers teargassed residents on 52nd St. pic.twitter.com/TKbiXUeENM

At 33rd and Market where Drexel and Penn students are calling on those universities to disband their private police forces by 2025 pic.twitter.com/HLdXsgvRql

The group is headed to Penn police HQ at 40th and Market pic.twitter.com/fRuQkM4xWL

Sunday’s rally also was connected to the call for justice for West Philly residents who were tear gassed during protests that turned violent at the end of May following George Floyd’s death in Minnesota.

Police cars were vandalized, set on fire, and had their windows smashed in West Philly on May 31. Looting was also seen taking place in the area as well.

The looting and violence that took place in West Philly led to five injured police officers and four burned police cars. Several cops were hit with bricks and molotov cocktails thrown by looters, and police confirmed that tear gas was sprayed to disperse the crowd.

Protests calling out racism and police brutality have taken place regularly across Philadelphia since late May.