Philadelphia tourism sets record for number of visitors in 2017

For eighth year in a row, city and region surpassed high-mark from previous year 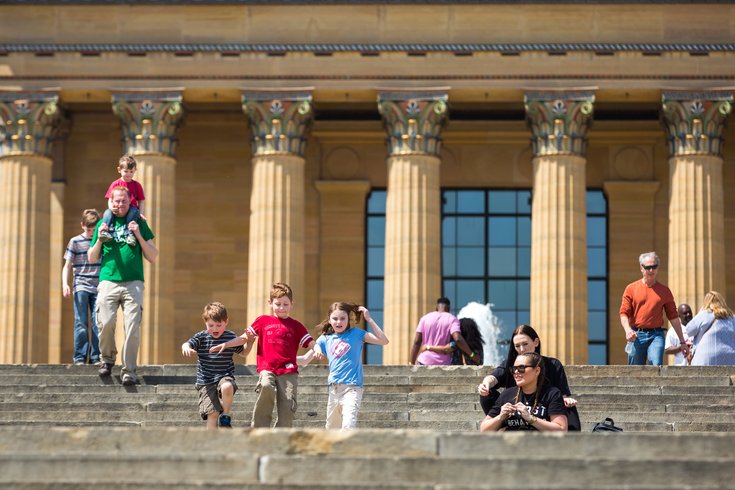 People on the steps at the Philadelphia Museum of Art.

The Philadelphia area welcomed a record 43.3 million U.S. visitors during 2017, setting a record for the eighth year in a row, according to a new report from Visit Philadelphia.

Of those visitors, a reported 88 percent came for "leisure," and in total generated about $7.1 billion in direct spending and $11.5 billion in economic impact. The report also claims that the high level of visitation also generated $938 million in state and local taxes and helped support 98,300 jobs.

The report accounts for visitors not only to the city, but to Bucks, Chester, Delaware, and Montgomery counties as well.

The 2017 rate is a three percent jump from 2016, when a reported 42 million visitors traveled to the area.

In Visit Philadelphia's annual report, the organization praises new developments in the city – Comcast's Technology Center and restaurants' James Beard winners, for example – as factors for the increased tourism.

"More museums. Better stadiums. A slew of parks and public spaces. Not-to-be-missed events. And as the physical city transformed, so did residents' confidence in it," said Visit Philadelphia Board Chairman Manny Stamatakis and President/CEO Meryl Levitz in a joint statement.

In addition to the 43.3 million domestic visitors reported, about 500,000 visitors came to Philadelphia from Canada, which is the area's greatest international feeder market.

Check out the full Visit Philadelphia report for 2017 here.