Is Philly really a great city for tourists?

Some real talk from a tourism academic 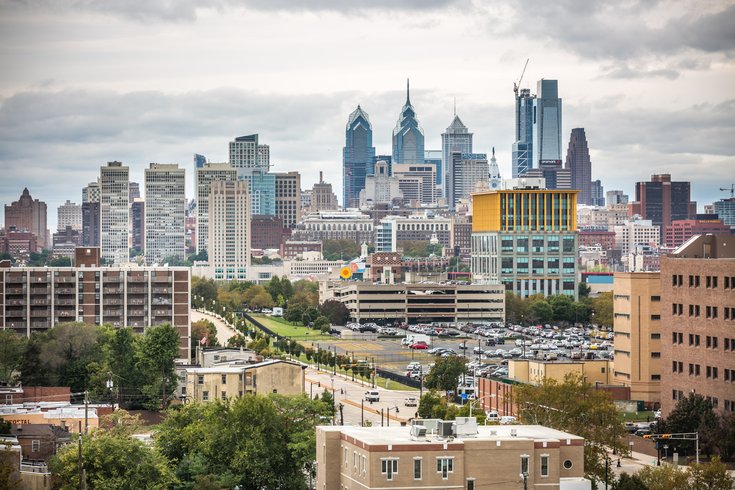 Look, it's no mystery that a lot of people travel to Philadelphia--42 million domestically in 2016, even, according to Visit Philadelphia's annual report. And for the seventh year in a row, that number has grown.

But what makes for a quality travel destination in the first place, looking at matters a little more objectively, and how does Philly stack up to those qualities?

Curious, we reached out to Benjamin Altschuler, academic director of the Master of Science in Travel and Tourism Program at Temple University's School of Sport, Tourism and Hospitality Management, for an answer.

Could you start by defining some qualities—the core fundamentals—that make a city an attractive destination for tourists, to begin with?

People could consider a variety of different things. Firstly, there are some qualities that are more objective. Accessibility to a city: How close is a major airport? How close are other cities? How do you get into the city? With Philadelphia, you have a major airport, a train station, bus terminals and we’re close to some other East Coast cities.

Other things people focus on: diversity of activities. So, does the city rely on one activity, or are there multiple things you can do? Take Philadelphia, where you have history, shopping, sports, concerts--a whole bunch of types of things to do within the city.

A couple other things: amenities, the facilities. That could be everything from tourist infrastructure, tourism services, to other important things like hotels, restaurants and those supporting mechanisms for an area.

Also, ease of mobility. How easy is it to get around the city? Some are more spread out and dense, obviously, and people have different preferences.

And the final thing is authenticity or experience of the city. For example, cities can present themselves differently—they could be presented to tell a story. Philadelphia likes to promote itself as a city of firsts; there’s a lot of history in Philadelphia. People also look for authenticity: When you’re in the city, does it feel authentic? Are you experiencing what locals do?

Those are a variety of layers of criteria people will look at when looking at a city as a destination.

• General qualities looked for in a great tourism city: accessibility, storytelling, authenticity, the environment and diversity of activities.

• While some destinations are hype-driven, Altschuler said, Philly "lives up to the hype."

• What could the city do better as a tourist city? Fix its traffic congestion.

How does Philly stack up to these?

I think Philadelphia does quite well. Let’s think about accessibility. If I'm in Center City, the airport from my house is six and a half miles, from Rittenhouse Square. That’s great. You’re right in the center of the city to the airport. Compare it to New York, where even though the airports might be just as close, because of traffic and things of that nature, it might take an hour or two to get from Manhattan to the airport. From an accessibility viewpoint, obviously, the airport is very close.

We have multiple bus routes, and a variety of East Coast cities to come from. It’s very walkable. Philadelphia does quite well with accessibility.

What the city does quite well with is the diversity of activities. People come because of the history, and it’s the 'birthplace of America,' if you want to put it that way, but I think the city does a good job of providing activities outside of that. We’re renowned for some of the best foods; we get a lot of food tourists coming here.

If you’re a sports tourist, we have sports. And we get sporting events here as well—the draft last year. That is a diversity of activities.

Another area that also gets overlooked about Philadelphia is its proximity to the outdoors. You go down to the Schuylkill River and run down Kelly Drive. You have access to Wissahickon. If you want to go farther, but it’s still accessible, you could go to the Poconos. I think there’s a high diversity of activities in the city that makes it attractive as a tourist destination.

And the final one that’s interesting is authenticity, the presentation of Philadelphia. One thing I think is nice about the city is it feels--it sets up elements to create an experience for travelers. One thing is the blue historical signs throughout the city. It tells a story Philadelphia is trying to promote and gives a deeper sense to the city’s link to the United States.

Does it hurt or help that we’re a city of neighborhoods?

I personally think it’s interesting, because each neighborhood of the city offers something unique. If you go to South Philly it’s more related to Italian heritage; then there's Chinatown. You could go to all these different areas and they feel authentic and I think that’s what people like. I was down at Fishtown at a brewery the other day and it feels very authentic, like it’s own different area down there. I think it’s nice to help people navigate the city, as well. People can quickly say, ‘Go to Chinatown.’

How much of a city's tourism is built on media hype? You know, if U.S. News and World Report throws a city to the top of a list, is it that the city gets visitors because of that attention, or it really does get the attention because it has some of these qualities you mentioned?

I think Philadelphia has a lot of those qualities. I think at the same time, the popularity or interest in a city is due to the visibility of a city. The DNC, the Eagles winning, the Pope coming, I think there has been a lot of ‘hype’ in the media of the city, and I think the city lives up to the hype. And I think when people come and experience the city, they're often shocked by what the city has outside of the long-worn stereotypes.

How much, with tourism and travel to some of these places, is there a sense of what’s trendy? Do people sometimes go with urban environments over something more nature-oriented, like Yellowstone? Does that change by the decade?

I think if you look at the history of travel, from World War II, there was interest in the outdoors, mainly because of an increase of accessibility to these things. If you look at urban cities, for many years they were in a state of disrepair. That’s not [just] Philadelphia, that’s plenty of cities. And I think there's been a renewed interest [in those cities]. National parks, for example, still get lots of visitors every year, so I don't know if you see trends or changes in attitudes toward those different areas of tourism, but I think as we come out of this past recession, that has more of an impact. How far people are going to travel?

Urban- versus nature-oriented travel, I think both are really popular.

Is there weight to these qualities? Does it matter more if you have a story versus accessibility, for example? Do people care more about one over the other?

It’s an interesting question because I think it’s based on your overall experience with a place like Philadelphia. We probably pick a place based on accessibility – or in some cases – lack of accessibility, and I think as a tourist … I think a 20-minute drive to the airport isn’t going to factor in as much as how the city tells a story, sets up its authenticity of experience. But we know when travel plans go wrong, it’s because something gets delayed, takes 20 minutes longer than you think it’s going to be [to get somewhere], those can weigh heavily in how people consider the overall experience they have in a place like Philadelphia.

If there’s one thing the city can improve upon to be more travel-friendly, what would that be?

That's a tough call. I think, like any big city, there’s this traffic—to eliminate some of those traffic-related issues. If people do need to use Uber or public transit to get around, sometimes that can be very … it can dominate your experience. To make that easier [would be one suggestion].