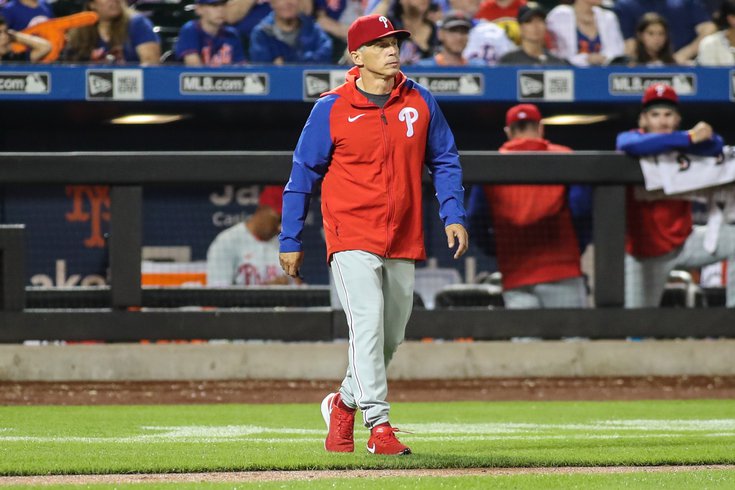 Joe Girardi will join the Chicago Cubs' Marquee Sports Network as a game analyst during TV broadcast. Girardi was fired as manager of the Phillies in June, the turning point in a season that has Philadelphia in playoff contention.

Former Philadelphia Phillies manager Joe Giradi, who was fired in June after an uninspiring start to the season, has landed on his feet as a broadcaster for the Chicago Cubs.

Marquee Sports Network announced Wednesday that Girardi, who spent seven seasons in Chicago during two stints of his MLB career, is joining the broadcast booth as a game analyst. He'll make his debut this weekend as the Cubs begin a series against the Brewers, and will appear during next month's series against the Marlins.

“Growing up a Cubs fan and then having the chance to play for the team for a number of years, I’m honored to now have the opportunity to broadcast from the historic television broadcast booth," Girardi said.

In his three seasons managing the Phillies, Girardi led the team to a 132-141 record, failing to reach the playoffs. After an aggressive offseason with several high-profile signings, the team faltered this year with a 22-29 start before Girardi was replaced by bench coach Rob Thomson as interim manager. The team has since gone 43-22 and currently sits in the National League's second wildcard slot.

The Cubs have had a rough season so far, with a 48-67 record that places them third in the NL Central.

Girardi made an All-Star appearance with the Cubs in 2000, but spent the peak of his playing days with the Yankees, where he won three World Series in 1996, 1998 and 1999. Girardi also managed the 2009 Yankees team that defeated the Phillies in the World Series.

Girardi's critics in Philadelphia grew louder toward the end of his tenure with the team. The Peoria, Illinois native now returns to his roots and the team that drafted him in 1986 out of Northwestern University.