The Phillies are going to make CBP's scoreboard even bigger

The new video board is set to be 77 percent larger than the current one installed back in 2011. 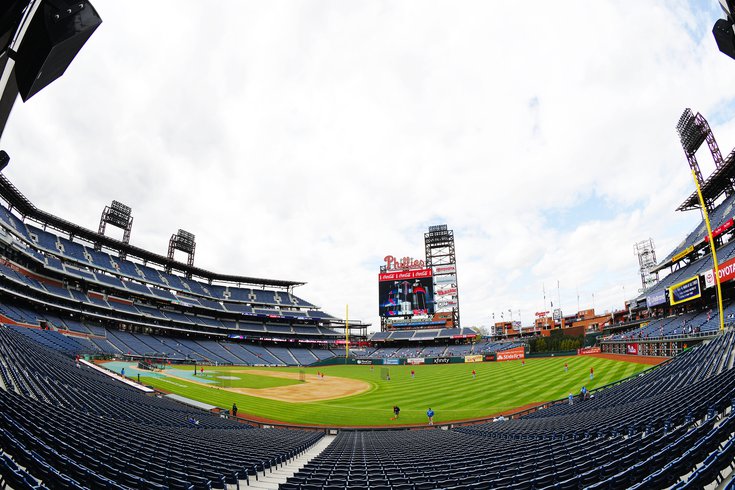 The left-field scoreboard at Citizens Bank Park is in for a massive upgrade.

On Thursday, the Phillies announced plans to install a new 152x86 foot video board and expect to have it ready ahead of Opening Day 2023.

The new board, which is going to be 77 percent larger than the current 97x76 one, will boast a 16:9 aspect ratio with 4K HDR that can display nearly 11.6 million pixels with 10mm pixel spacing.

In layman's terms: The board will offer better clarity and be able to show richer, more vibrant colors.

Or, as the Phillies put it: It can "display 516 life-size Phillie Phanatics simultaneously."

“We are adding a significant ‘wow’ factor to the ballpark experience,” Phillies Executive Vice President David Buck said in a press release. “From the scoreboard’s extraordinary technology to its sheer magnitude, our new PhanaVision will enhance our game day experience for our fans in 2023.”

The current board, which was installed in 2011 as part of a $10 million HD video upgrade to the ballpark, was, at the time, the biggest scoreboard in the National League.

But technology, and stadium amenities, are a never-ending arms race — You can check out the Chicago Tribune's interactive scoreboard...erm...board...from 2016 to get a sense of where each of the 30 teams stand.

Citizens Bank Park, while still being a relatively new venue after opening in 2004, has seen numerous upgrades in the past few years, including heading into this season (A, B).

In addition, its neighboring Wells Fargo Center has been steadily undergoing a $300 million renovation project, all while owners Comcast Spectacor look into further entertainment plans for the Sports Complex.

According to the Phillies, the ballpark's new scoreboard will weigh 116,298 pounds and be supported by 190 tons of structural steel.

Removal of the current video board and installation of the new one will happen over the offseason along with the construction of a new control room built to support the upgraded video system.