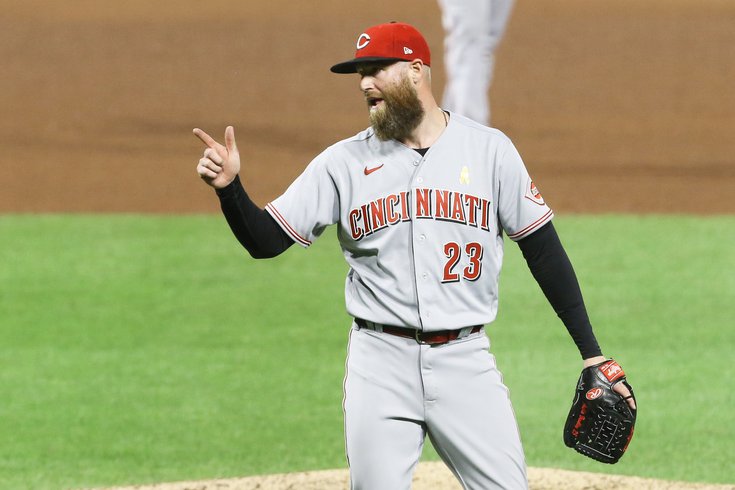 The Phillies added Archie Bradley to their bullpen Thursday.

The Phillies wanted to make the bullpen a priority this offseason, and they put their money where their mouth was Thursday evening, making their first free agent signing of the winter in righty receiver Archie Bradley for $6 million and one year.

Bradley is 28, which is middle aged for a pro athlete but for a free agent reliever it's relatively young. Bradley had a fantastic season with the Reds and Diamondbacks — he was traded in August — going 2-0 with a 2.95 ERA in 16 total appearances.

Here's a look at his career numbers:

A former first-round pick, Bradley will likely project as a late-inning arm for Philly, and could potentially close games with Hector Neris — he has 28 career saves. Bradley also has a handful of career starts under his belt, as his first two years were spent in the Reds' rotation.

The Phillies had the worst bullpen in MLB history last season, and their desire to bring in some new blood with a proven track record makes a lot of sense.

With the Phillies finally making a free agent signing, this could be an indication that more might be around the corner, with openings at shortstop and catcher still unaddressed. News earlier Thursday rumored that the Phils were interested in Marcus Semien.