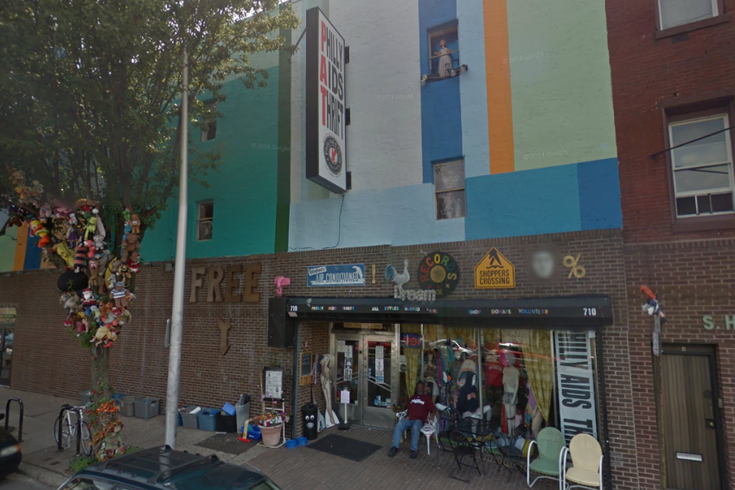 Philly AIDS Thrift is taking over the entire building that houses the store at 5th and Bainbridge streets in Queen Village. Renovations are slated to finish by mid to late summer.

Philly AIDS Thrift is expanding its store by 4,000 square feet to make way for an enhanced donation center and additional retail space.

The secondhand store, located in Queen Village, will take over the entire building that houses it at 5th and Bainbridge streets. It has been at the location for 10 years and acquired all but 15% of the building, about 19,000 square feet, Philadelphia Gay News reported.

When the store reopened last June following a pandemic-forced closure, the store's landlord allowed Philly AIDS Thrift to take over the full building to accommodate social distancing. It also included a double-door entrance for donations.

The expansion gives staff and volunteers 10 times the amount of space to sort through donations. Previously, they were working in a 150-square-foot area.

"With the new retail side we are able to sell more of the amazing stuff people kindly donate to us, and the easier it is for people to shop, the more money we can raise to help folks living with HIV/AIDS," Kallas-Saritsoglou told Philadelphia Gay News.

The pandemic took its toll on the store. When it closed for three months, the store was forced to turn away about 60% of its volunteers, WHYY reported. Revenue also dropped.

But as COVID-19 restrictions lifted, the store began receiving a surge in donations, Kallas-Saritsoglou said. People had found time to purge their closets and homes.

Philly AIDS Thrift still donated $200,000 through its annual grant program to 24 local HIV organizations, including Black and LatinX Community Control, the William Way Community Center and Action Wellness. In a typical year, the organization provides about $300,000.

Philly AIDS Thrift will continue fundraising through June for Pride Month, and the newly renovated space is set to open in mid to late summer.