Woman alleges Airbnb she rented in Philadelphia had hidden cameras, but police investigation found none 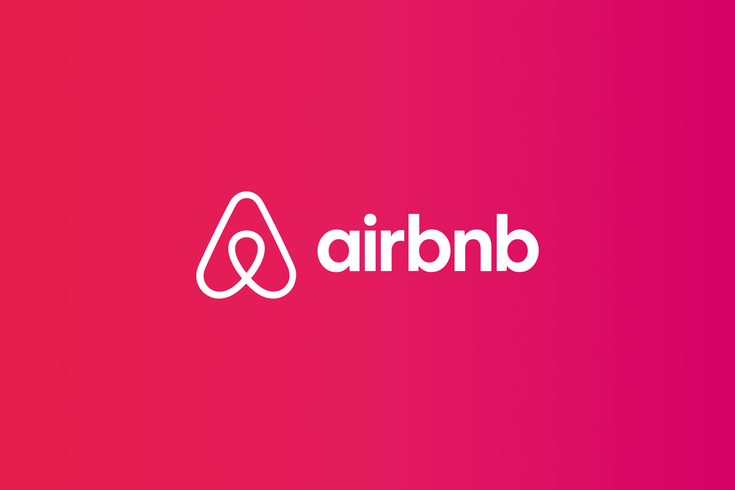 A woman's report of hidden cameras allegedly found inside an Airbnb rental in Philadelphia have prompted investigations by the company and Philadelphia police.

UPDATE (6/15/22): Philadelphia police say there were no hidden cameras inside the property where a woman claimed to have found multiple recording devices, police and an Airbnb spokesperson said Wednesday. A renter made the allegations about the hidden cameras Sunday on Twitter, claiming she found them in the property's ceilings and sprinklerheads.

"We have thoroughly looked into this allegation as we do for all safety reports. Today, we spoke directly with the lead detective from the Philadelphia Police Department who responded to the complaint and investigated the property," the Airbnb spokesperson said. "He confirmed that he did not find any hidden or undisclosed cameras and that the fire sprinklers had regular sprinklerheads. The detective also confirmed that they plan to close this case."

Philadelphia police said the investigation into the property has concluded.

"The Special Victims Unit conducted an investigation into the claims of a hidden recording device inside of a room at a Airbnb," police said Wednesday. "It was later found to be a sprinkler system."

Airbnb said it will still provide the woman with a refund, the spokesperson said.

Airbnb users can find disclosures about cameras on a property's listing page, under both the "What this place offers"  and "Things to know" sections, the company said.

The woman who made the claims did not respond to requests for comment and has not shared any additional updates on Twitter. Airbnb had suspended the account of the property's host pending the outcome of an investigation.

A woman who traveled to Philadelphia with a friend has claimed that an Airbnb she rented contained multiple hidden cameras, including inside the property's showers and bedrooms.

Philadelphia police confirmed on Tuesday they are aware of the woman's report. An investigation is ongoing with the department's special victims unit, but police declined to provide additional information about the woman's complaint.

Airbnb also acknowledged the incident, confirming the property and its host have been suspended from the platform pending the outcome of a company investigation. Airbnb did not confirm whether cameras were present at the rental.

The property's location and owner have not been disclosed by police, Airbnb or the people who made the complaint.

Twitter user @foxytaughtyou shared her now-viral story on Sunday night, posting photos and footage from inside the property she rented. The woman claimed she and her friend observed cameras that had been hidden in ceilings and sprinklers.

Attempts to contact the woman on Tuesday afternoon were not returned.

BE CAUTIOUS BOOKING AIR BNBs! My friend & I recently stayed at a air bnb in Philadelphia with over 10 hidden cameras all over the house. Including the showers and bedrooms. Some were disguised as sprinkler systems but it has a camera lens. pic.twitter.com/nimx4L6koC

In one video, the woman said that she and her friend initially didn't notice the cameras when they arrived at the property. They slept on the living room couch after returning from a night out and recognized what appeared to be a camera placed in a hole in the ceiling the following morning.

How we discovered hidden cameras in our air bnb…
WE WANT TO KNOW WHAT IS BEING DONE WITH OUR FOOTAGE! I NEED ANSWERS! NO UPDATE FROM AIR BNB OR POLICE STATION!!! pic.twitter.com/X3GKuHuVL6

"It was very creepy. We were absolutely creeped out when we saw this," the woman said in the video. "It seems like they tried to hide it, but I don't know. That just looks weird. It's just a hole in the ceiling with a camera. I don't know how anyone in the past didn't notice this camera, but we did."

Concerned by what they saw, the woman said she and her friend looked around the rest of the property and found additional cameras in the home's sprinklers. The woman said she did a series of "flash tests" with her phone to spot camera lenses, which usually reflect light.

After finding the alleged cameras, the woman said she attempted to contact Philadelphia police by phone to have them look at the property. When that was unsuccessful, she went to a PPD station to make a report in person.

The woman did not specify the dates she was in Philadelphia, but wrote Monday on Twitter that she is no longer in the city amid the ongoing investigation.

Airbnb only permits cameras that are disclosed to guests before a reservation is made. They must only be placed in public spaces, such as a front door, driveway, or common areas.

Disconnected devices are allowed in private spaces as long as they are turned off and proactively disclosed to guests, according to Airbnb's policy.

“Our policies strictly prohibit hidden cameras and we take forceful action in the exceptionally rare circumstances where this has been reported, including assisting law enforcement to help them hold criminals accountable,” the company said in a statement. “In this case, our Safety team has suspended this Host and removed this listing from our platform while we thoroughly investigate this report.”

The company said it plans to provide a full refund to the woman who booked the property. The woman wrote on Twitter that Airbnb moved her into a new rental after learning of the alleged cameras.

The woman tweeted that the original rental she booked was listed under the name of a business, not a person, and she was never able to reach the owner by phone or find information about the listed business online. In a separate tweet, she said that she had walked around the property naked before learning of the alleged cameras and "will not let this be swept under the rug."

As of Monday evening, the woman wrote on Twitter that she still has not heard from Airbnb about whether the property she rented did or didn't have cameras in the locations where she suspected they were hidden. The woman declined to name the address or general area of the home since it has been removed from Airbnb and said there is no reason to put the property at risk.

Reports of unauthorized cameras at Airbnb properties have been a persistent problem for the home rental start-up, which has been accused of inconsistently applying its rules, The Atlantic reported in 2019. The company has been hit with a number of lawsuits related to cameras found at properties over the years, including a negligence lawsuit filed in March in San Francisco.

In response to the woman's complaint in Philadelphia, Airbnb has faced renewed criticism online and some of have offered advice on how to inspect rental properties for hidden cameras.