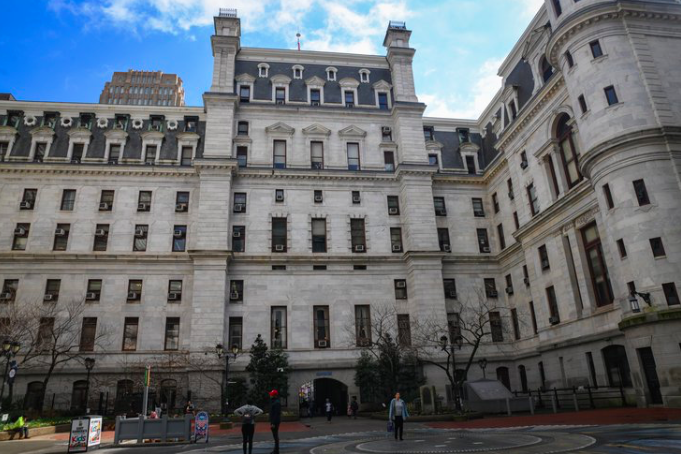 Philadelphia Mayor Jim Kenney has reached out to Congress to request municipal fund reimbursement, personal protective equipment and rapid COVID-19 testing capacity as the city continues to respond to the coronavirus pandemic.

Philly needs personal protective equipment, rapid COVID-19 testing capacity and a provision of direct, flexible funding to navigate sharp revenue declines in the months ahead, Kenney said Monday. He made the request in a letter sent late last week to Speaker of the House Nancy Pelosi.

“Cities and states cannot effectively address and recover from this pandemic without a robust federal partnership and response,” Kenney wrote in the letter. “While I am appreciative of all that has been done so far, much more is needed to ensure that Philadelphians can safely survive the crisis and thrive beyond it.”

Kenney previously warned that Philadelphia faces severe budget cuts if the city is not reimbursed for a significant portion of the financial losses of the pandemic.

The mayor has not offered specifics about the potential cuts, but he said city officials are working on various budget scenarios. A revised budget proposal is expected to be presented to City Council on May 1.

Health Commissioner Dr. Thomas Farley echoed the need for more rapid forms of COVID-19 testing in order to progress efforts to contain the spread of infections.

"Our greatest limit has not really been the number of (testing) sites," Farley said. "It's been the number of swabs we have for collecting the tests and the turnaround time for the laboratory. It takes six, seven days to get results. We're not going to be able to contain this kind of infection in the long-term with that kind of turnaround. If we get more rapid testing, we'll have more sites across the city."

The request to Congress comes as Philadelphia appears to be reaching its peak in new infections, Farley said Monday. The city reported 427 new cases and 14 new deaths, bringing those totals to 6,813 case and 190 deaths.

"The numbers I'm seeing give us solid evidence that the stay-at-home recommendation is working in flattening the curve and protecting people from this infection," Farley said. "We're just showing signs of stabilizing. We're not on the other side of the epidemic yet."

Farley cautioned against the improved numbers leading residents to believe life may return to normal in the near future.

"I think our next focus, if we feel like we can get past this wave, is what I would call phase two," Farley said. "How do we get through this period, before a vaccine is available, where the virus will still be out there, and we need to prevent it from resurging, but at the same time, we need to make our economy be able to work."

Farley said he expects any easing of restrictions will need to be slow and gradual, with no large gatherings for "a long time."

Mayor Kenney reiterated that the decisions he makes about Philadelphia will be guided by medical recommendations.

"We're going to inform ourselves about what other states and cities think," Kenney said. "I want to hear what everyone has to say, and more importantly what the medical people have to say. That's the most important thing.

"You can talk about economists, you can talk about the president. I want to know what Dr. Farley and his peers are saying about opening, not opening, rolling openings, mass gatherings. All those things, we need to be informed by medical and science people, not by anything else."

The health department continues to collect available data on race and ethnicity to provide a fuller picture of how the virus is impacting city residents.

The city still does not have enough confirmed demographic information to provide a racial breakdown of the city's total infections, but the health department is working to assemble that data.