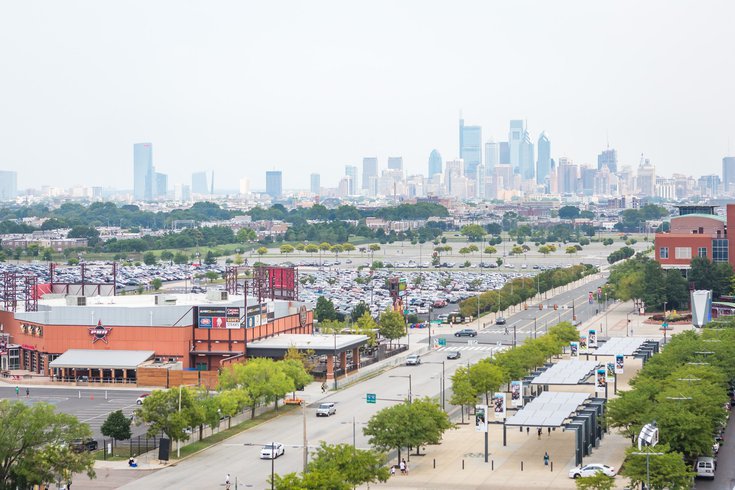 A High Wind Warning will be in effect for the Philadelphia area on Thursday, April 30, until 8 p.m. A powerful storm system will move through the Delaware Valley, bringing heavy rainfall into Friday.

The National Weather Service has issued a High Wind Warning for the Philadelphia area Thursday as the Delaware Valley braces for heavy rainfall.

Forecasters in Mount Holly extended the wind warning to Philadelphia after initially issuing it for coastal portions of southern New Jersey and Delaware.

Based on the latest information we have expanded the High Wind Warning to additional areas of NJ, all of DE, and far southeast PA including Philadelphia. Gusts up to 60 mph are possible especially late morning through late afternoon. Power outages are possible. #NJwx #PAwx #DEwx pic.twitter.com/bjwL1uqMkA

Gusts could reach as high as 60 mph, with showers expected to arrive after 3 p.m.

Philadelphia also is under a flood watch until 2 p.m. Friday as the system moves through the region, bringing as much as 2 inches of rainfall to the city. Heavier rain is expected west and north of Philadelphia in the Lehigh Valley and Poconos.

Here's a look at the forecast for the rest of the week.

Thursday afternoon: A chance of showers before 3 p.m., then a chance of showers and thunderstorms between 3 p.m. and 5 p.m., then showers likely and possibly a thunderstorm after 5 p.m. Cloudy, with a high near 66. Breezy, with a southeast wind 20 to 25 mph, with gusts as high as 50 mph. Chance of precipitation is 60%. New rainfall amounts between a quarter and half of an inch possible.

Thursday night: Showers and possibly a thunderstorm before 3 a.m., then showers likely. Some of the storms could produce heavy rainfall. Low around 55. Breezy, with a southeast wind 15 to 20 mph decreasing to 5 to 10 mph after midnight. Winds could gust as high as 45 mph. Chance of precipitation is 90%. New rainfall amounts between 1 and 2 inches possible.

Friday: A chance of showers, then showers likely and possibly a thunderstorm after 3 p.m. Mostly cloudy, with a high near 68. Calm wind becoming west around 5 mph in the afternoon. Chance of precipitation is 70%. New rainfall amounts between a quarter and half of an inch possible.

Friday night: Showers likely and possibly a thunderstorm. Mostly cloudy, with a low around 52. Northwest wind around 5 mph. Chance of precipitation is 70%. New precipitation amounts between a tenth and quarter of an inch, except higher amounts possible in thunderstorms.

Saturday: A chance of showers before 9 a.m. Mostly sunny, with a high near 68. Northwest wind around 10 mph, with gusts as high as 20 mph. Chance of precipitation is 40%. New precipitation amounts of less than a tenth of an inch possible.

Saturday night: Partly cloudy, with a low around 50.

Sunday: Partly sunny, with a high near 72.

Sunday night: A chance of showers after 9pm. Mostly cloudy, with a low around 55. Chance of precipitation is 40%.