Philly's snow emergency to be lifted at 5 p.m. on Saturday 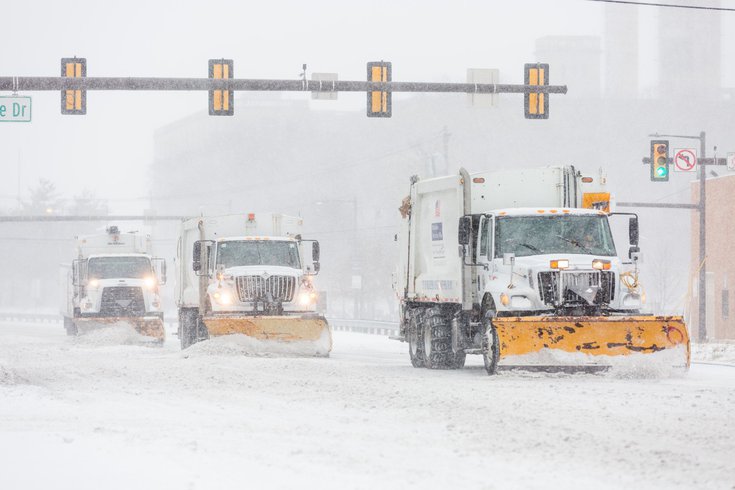 The snow emergency declared in Philadelphia on Friday will be lifted at 5 p.m. on Saturday. This means that drivers can return to parking on emergency snow routes after that time. Center City saw 6 inches from the storm while locales along the Jersey Shore saw as much as 15 inches.

The snow emergency declared in Philadelphia on Friday will be lifted at 5 p.m. on Saturday.


If your vehicle has been towed from a snow route, the Philadelphia Department of Streets says you should call (215) 686-SNOW to find out where it's located.

While there's still a chance for a little bit more snow in Philadelphia before 4 p.m. according to the National Weather Service, the worst of the storm has passed.

In Rittenhouse Square NBC10 measured 6 inches of snow, but there were only 4 inches of snow in South Philly. Totals were even lower in locales further west like Coatesville, which only saw 3 inches.

Accumulation was greatest along the Jersey Shore, where the storm was most severe. Northfield, which is outside of Atlantic City, and Avalon in Cape May County both got 15 inches.

The National Weather Service confirmed that coastal regions of New Jersey experienced a blizzard this weekend. A blizzard is defined as three or more hours with less than a quarter mile of visibility due to snowfall.

We have confirmed that at least coastal portions of the area experienced a blizzard last night and this morning. Analysis for inland areas and to determine more exact timing and duration information will take more time to conduct. #NJwx #DEwx pic.twitter.com/CiQjEHoQqV


In Philly, the temperature will get down to 9 degrees on Saturday night with wind chills as low as -2 with gusts of 10 to 20 mph according to NWS. On Sunday, the high is expected to be near 26 degrees, but wind chills could make it feel as cold -1 degree at times..