Initiative funded by $5 million gift from Andréa and Ken Frazier 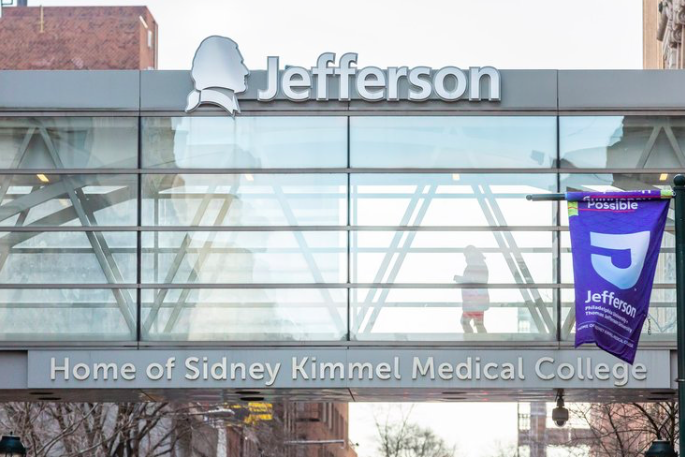 Jefferson Health is using a $5 million gift from Andréa and Ken Frazier to improve stroke prevention and care in the Allegheny West section of Philadelphia.

Nearly 60,000 of the 785,000 annual strokes reported in the United States occur in Philadelphia – a staggering 7.6.% And many of them can be prevented.

A new stroke prevention and care initiative launched by Thomas Jefferson and Temple universities aims to address the social determinants of health and racial disparities that help lead to higher risk of stroke for North Philly residents.

The Frazier Family Coalition for Stroke Education and Prevention will focus its efforts in the Allegheny West neighborhood, which has some of the city's worst health outcomes. The initiative will be funded by a $5 million gift to Jefferson from Andréa and Ken Frazier, the CEO of the pharmaceutical company Merck & Co.

The Frazier Coalition will connect at-risk community members with information resources, and clinical care to prevent stroke. It also will help stroke patients get access to services they need to improve care and prevent stroke reoccurrence.

"Our family has deep roots in North Philadelphia and has been impacted by the debilitating effects of stroke. We feel privileged to be in a position to help convene this partnership to bring life-saving stroke prevention measures to our community." 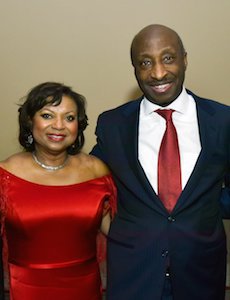 Andréa Frazier is a stroke and cancer survivor. She is the founder of Frazier Designs, an interior design firm and drapery workroom. She also has served as a senior consultant for Cigna and taught international law and politics as an adjunct professor at St. Joseph's University.

Ken, her husband, was a partner with the Philadelphia law firm Drinker, Biddle and Reath before joining Merck in 1992. The couple supports many philanthropic initiatives in the city.

Stroke is the fourth-highest cause of death in Philadelphia. The city's stroke rate – which is 20 times the national average – is highest among underserved Black neighborhoods due to various factors, including a lack of health care accessibility, unmanaged chronic disease and a lack of awareness of risk factors.

To extend outreach and expand care options, Jefferson and Temple will utilize the expertise of Jefferson's Vicki and Jack Farber Institute for Neuroscience, the Jefferson Center for Urban Health and Temple's Lewis Katz School of Medicine.

"Thanks to the Frazier's generosity, we're assembling a coalition of public and population health experts to devise a strategy focused on prevention and education to reduce stroke risk in these communities," said Dr. Robert H. Rosenwasser, president of the Farber Institute.