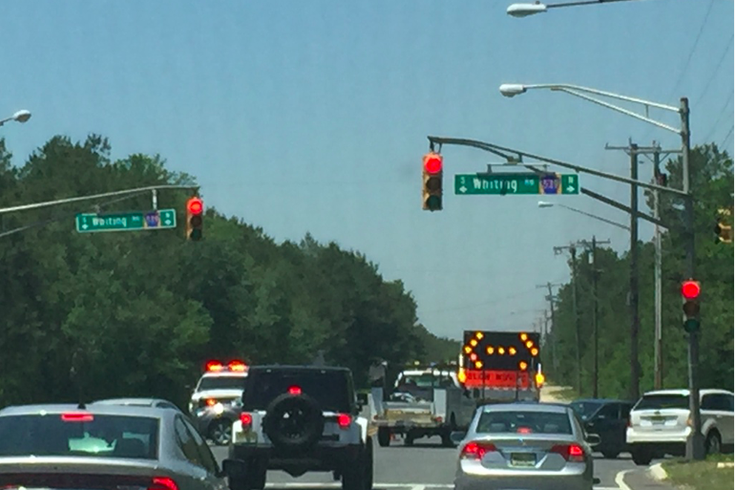 Traffic in Woodlands Township as firefighters respond to Pinelands fire on June 12, 2016.

A fire in the Pinelands has snarled traffic in South Jersey, shutting down Route 72 on Sunday afternoon as firefighters battled the blaze in windy conditions.

According to NJ.com, Route 72 is completely shut down in Woodlands Township and police are directing traffic in the area.

The fire, considered "major" by the forest fire service, was spotted and reported by a state aircraft between and 7-8 a.m. Sunday morning. Officials said it's affecting nearly 100 acres on the border of Ocean and Burlington counties, but held within Burlington County near Route 72 and Savoy Boulevard.

The cause of the fire was not immediately known.