Things to do while social distancing: Check out the Super Pink Moon

The lunar display on Tuesday, April 7, will be the brightest moon of 2020 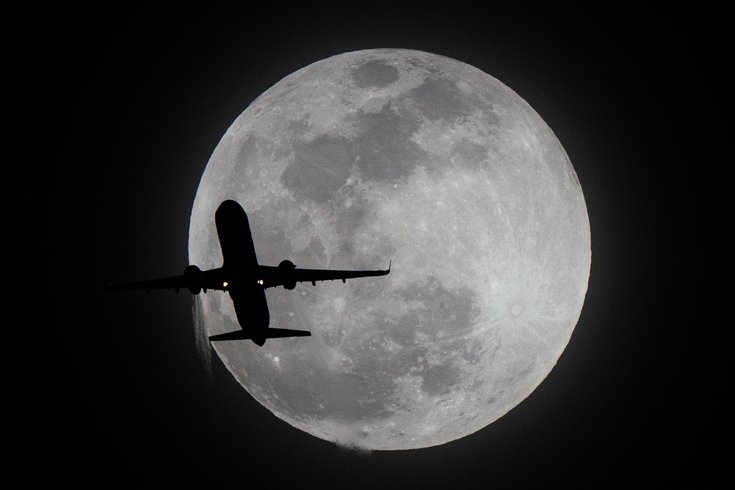 On April 7, the Super Pink Moon will appear in the night sky. It will be the brightest super moon of 2020, and it is a Pink Moon because it is the first full moon of April. Above, a plane flies past the super moon above Los Angeles, California in Jan. 2019.

We still can take a moment to appreciate the marvels of nature – like the upcoming Super Pink Moon –while still keeping our distance from one another during the coronavirus pandemic.

April's full moon, traditionally known as the Pink Moon, will brighten the night sky on Tuesday, April 7, with a little more oomph. This spring full moon will also be a super moon – the brightest super moon of 2020.

The first full moon of spring will reach peak illumination at 10:35 p.m. It will fall in the constellation of Virgo. In astrology, the moon will fall in Libra — a zodiac sign associated with harmony and balance.

While it may be known as the Pink Moon, it won't actually be pink. The moon gets its name from Phlox subulata, a wildflower more commonly known as creeping phlox or moss pink. Its pink flowers bloom typical to this full moon, according to Farmer's Almanac.

A super moon occurs when a full moon coincides with the point of the moon's orbit that puts it closest to earth – the time astronomers call perigee. Tuesday's full moon will appear 7% bigger and 15% brighter than normal, NASA says. It will reach perigee at 2:08 p.m. Super moons occur when the moon is within 90% of perigee.

April's Pink Moon will be the closest to Earth among the four super moons of 2020, happening from February to May.

The moon will appear largest and most golden during the evening hours. As the moon rises in the sky it will appear smaller and fade to white by the early morning Wednesday.

This full moon also is known as the Paschal Moon because of its association with Easter. It arrives after the vernal equinox in March, and Easter, which falls on April 12 this year, always takes place the Sunday after the moon reaches its peak.

While looking at the Super Pink Moon, check out Venus, too. The second planet from sun has been shinning brightly in the sky every night since March, and on Friday, April 3, it will be visible near the Pleiades, an open star cluster in the Taurus constellation, according to Sky and Telescope.

And a reminder, if can't view the Super Pink Moon or Venus from a window and you need to step outside, be mindful of social distancing guidelines and stay at least six feet apart from anyone else.