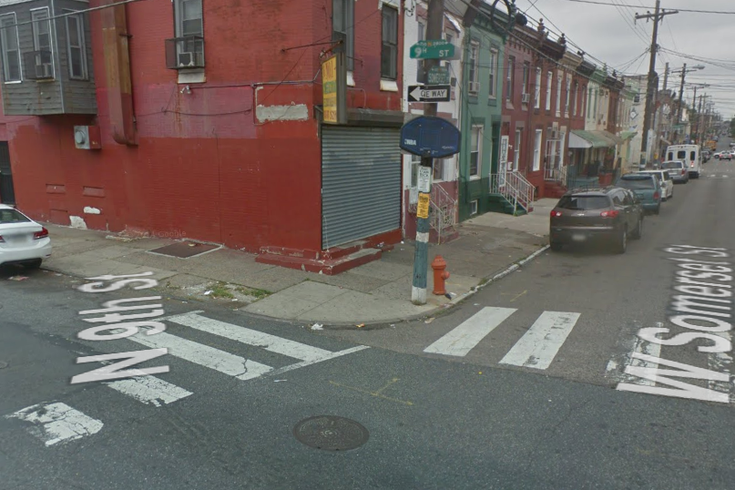 The intersection of North 9th and Somerset Streets in Fairhill.

One person is dead and two others were injured in a triple shooting in the Fairhill section of North Philadelphia, according to police.

A 64-year-old man was struck in his lower back. He was rushed to Temple University Hospital where he was later pronounced dead.

A 48-year-old woman and a 15-year-old girl were also injured.

The woman was hit once in the right side of her chest. She was hospitalized and is currently in critical condition.

The girl suffered a graze wound to her buttock. She was also hospitalized and is in stable condition.

No arrests have been made and no weapon was recovered.