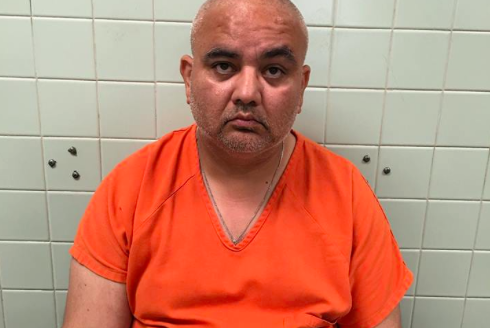 Authorities in Pennsville have arrested a man who allegedly stabbed his wife to death at their apartment early Tuesday morning.

The Pennsville Police Department announced that 46-year-old Nitin Singh has been charged with first-degree murder, second-degree aggravated assault and weapons charges after 42-year-old Seema Singh was found dead with multiple stab wounds inside their home at 144 North Broadway.

Authorities said the stabbing took place in the kitchen of the apartment while the couple's three children slept in an adjacent room, NJ.com reports. When police arrived at the scene following a report of a respiratory emergency, they found Singh covered in blood and standing over his wife.

The children, ages 6 to 16, were taken to receive care at the township police station.

Authorities said Singh and his wife owned a shop in Collingswood.

Singh has been remanded to the Salem County Correctional Facility in default of $1,000,000 full cash bail.