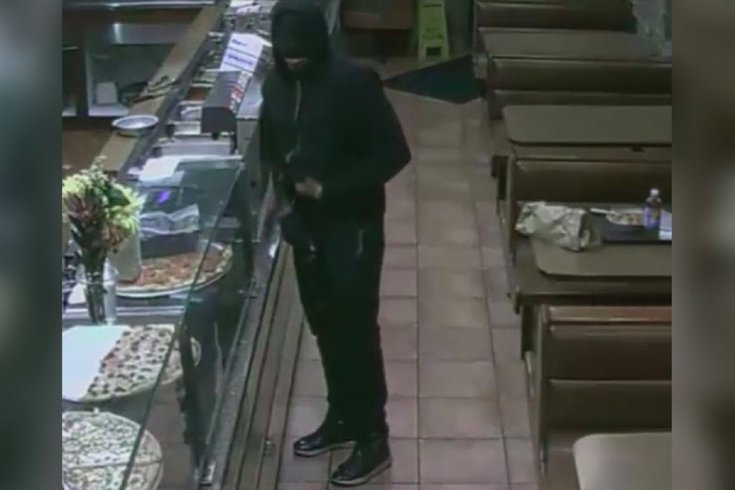 Police released surveillance video this week that they say shows a man committing an armed robbery at a pizzeria in the Fairmount section of Philadelphia.

According to authorities, a man entered the restaurant with a handgun as an employee was beginning to close. The suspect demanded money while pointing the weapon at the employee and a customer. The suspect stole money and a cell phone from the customer and money from the cash register before fleeing the area.

Police describe the suspect as a 5-foot-7, 20-year-old black man with a thin build. He was last seen wearing a black hoodie, black pants, black sneakers and a black mask.