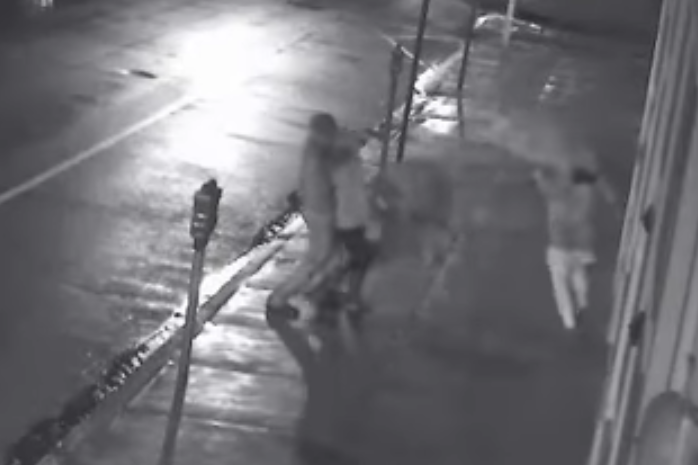 A search is underway for a robber who pulled a gun on two women along an Old City street, authorities announced.

The Philadelphia Police Department said the robbery occurred Nov. 29 around 5:50 p.m. on the 400 block of North 3rd Street.

According to police, a man approached two women from behind as they were walking along the street. He grabbed one of the women around the neck and pointed a gun at her head. After he obtained her purse, he fled on foot toward 2nd and Callowhill Streets.

Police describe the suspect as a 5-foot-9, 150-pound black man in his 20's. He was last seen wearing a gray hoodie, dark pants, and dark shoes.