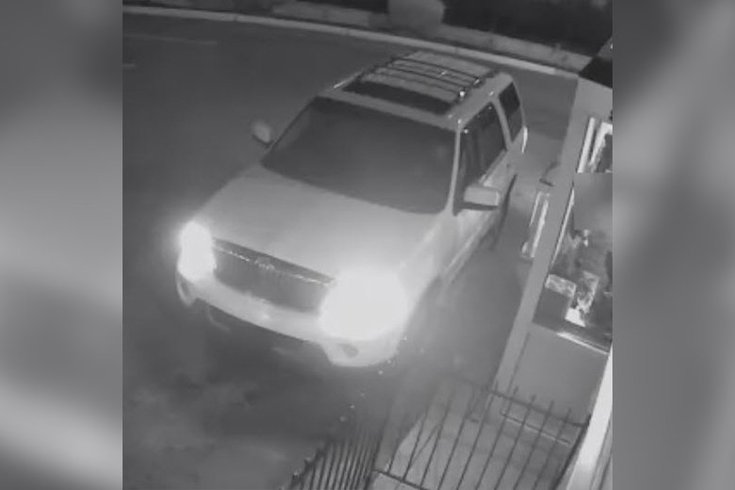 Police are asking the public for help Wednesday identifying two suspects in connection with an armed robbery at a coffeehouse drive-thru window in the Frankford section of Northeast Philadelphia.

The robbery occurred Tuesday around 4:15 a.m. at the Dunkin' Donuts located at 1820 Torresdale Avenue.

Authorities said a woman ordered an iced coffee while operating an SUV in the drive-thru line. When the vehicle approached the window, the woman threatened to shoot the employee and demanded money. The employee observed an unknown person in the back seat armed with a handgun. After receiving an unknown amount of cash, the suspects fled the area.

No injuries were reported in the incident.

The first suspect is described by police as a Hispanic woman in her mid-30's with a medium build. She was wearing a black fleece jacket and a black knit hat with writing that reads, "Thug Life."

Police could not give a description of the armed suspect in the back seat.

The vehicle is believed to be a white 2004-06 Lincoln Navigator with tinted windows and a sunroof.