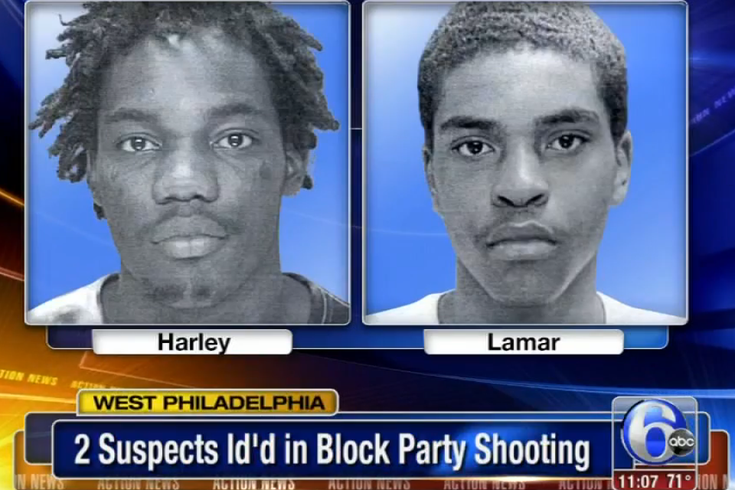 Police have identified two suspects in the West Philly shooting that injured 10 people, including three children.

6 ABC reports that the suspects are  23-year-old Dominic Lamar and 23-year-old Khaleif Harley.

The shooting occurred around 10 p.m. along the 4100 block of Ogden Street on Saturday, June 20. A shotgun was fired into a block party, injuring eight adults and three kids, including a one-year-old girl.

All three children and five of the adults were released from the hospital.

The suspects were motivated by a fight from a week earlier, according to 6 ABC. The two waited until night to act, and it is not clear if the suspected shooter hit the person they were trying to attack.

Anyone with information on the suspects is asked to call Southwest Detectives at 215-686-3183.