Marine Sergeant Tristan Clinger, 28, had been missing since December 20 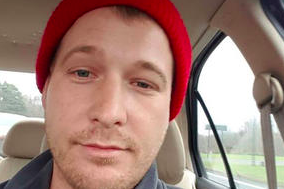 Marine Sergeant Tristan Clinger of the Joint Base McGuire-Dix-Lakehurst in Trenton, New Jersey.

A search for a U.S. Marine who had gone missing from South Jersey's Joint Base McGuire-Dix-Lakehurst has ended after the serviceman was found dead Saturday.

According to NBC 10, 28-year-old Marine Sergeant Tristan Clinger had not been seen since December 20, when his wife said he took off on foot.

Search crews discovered Clinger passed away, family members and a search team leader confirmed, but his cause of death has not yet been determined.

Clinger had been a Marine for the past five years. His wife said he appeared to be distraught in the period leading up to his disappearance. The Clinger family had expressed serious concern for his safety in light of the surrounding circumstances.