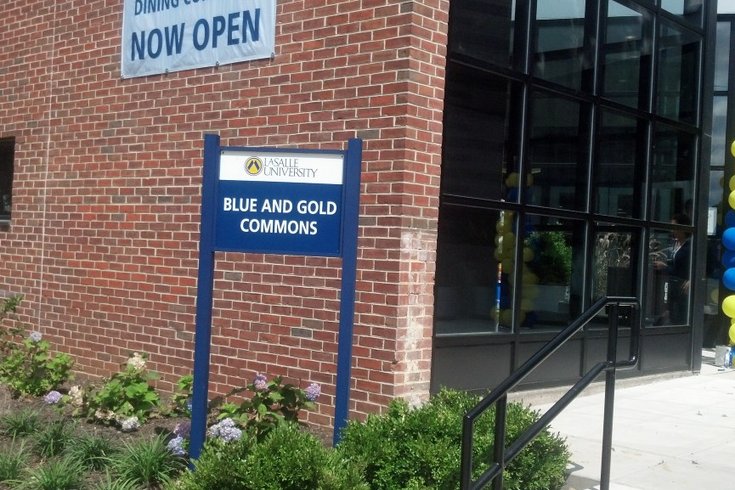 Entrance to the Blue and Gold commons and dining hall on La Salle's campus.

Read More
Philly.com reports that an ice cream vendor was stabbed in a bathroom at the Blue and Gold dining hall on La Salle's campus Monday.
The article cites La Salle spokeswoman Karen Geus, who said the incident occurred around 2 p.m. when the vendor, 26, was washing his hands and was stabbed with an unknown weapon by the suspect. The vendor was taken to Albert Einstein Medical center for minor injuries.
The initial alert concerning the incident told students to "take shelter" and be on the lookout for a white male in his 20's wearing a blue and gold sweatshirt and a red hat, NBC 10 reports.
6 ABC reports that a lockdown on the campus has been lifted.