Dads who are unemployed, have low education levels or little social support are more susceptible 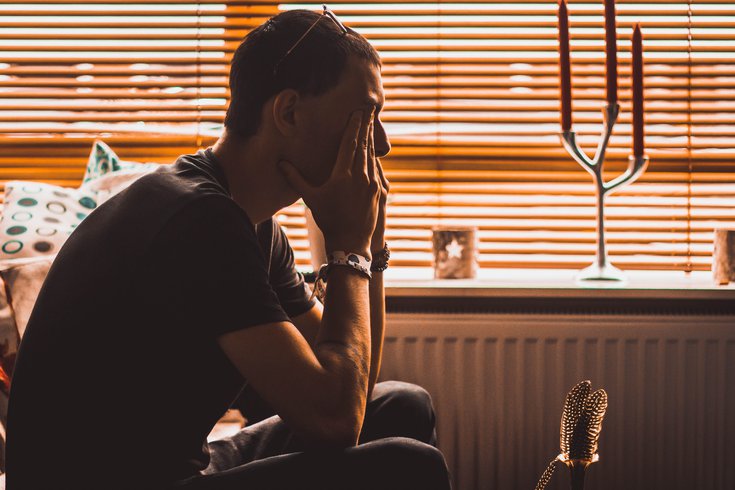 While men don't experience the physical upheaval of pregnancy or the pain of childbirth, new fathers do face exhaustion and stress as they adjust to becoming a parent. About 1 in 10 experience postpartum depression.

Both mothers and fathers can be vulnerable to depression after the birth of a child, but much less focus has been given to the mental health of new dads.

A baby is a major life adjustment — emotionally, physically, mentally and financially — for new parents. While men don't experience the physical upheaval of pregnancy or the pain of childbirth, new fathers do face exhaustion and stress as they adjust to becoming a parent.<

About 1 in 10 fathers develop postpartum depressive symptoms, which include severe mood swings, difficulty bonding with the baby and withdrawal from family and friends.

The latest research shows that dads and moms can get hit with postpartum depression at the same time — which not only affects their wellbeing, but that of their child, too. The study included data on more than 29,000 couples.

About 3 of every 100 couples experience depression when their child is 2 to 12 months old. About 1 in 50  suffer depression before the child's birth and in the first 12 weeks afterward.

New fathers often feel heightened pressures related to finances and their careers, Hannah Tishman, a licensed clinical social worker at Cobb Psychotherapy, told verywell mind. They may feel left out as they adjust to their partners focusing more on the baby than on them. A lack of intimacy and a lack of sleep may compound the pressures of parenthood.

Postpartum depression symptoms also tend to be differ among men. New fathers suffering from depression are more likely to exhibit anger, irritability and aggression. They also may work all the time or lose interest in work and their favorite activities. Some men will act cynical when feeling overwhelmed.

Hormones can play a role in men developing postpartum depression, psychologist Scott Bea, of the Cleveland Clinic, said. It is known that women go through a hormone upheaval during and after a pregnancy, but men also can go through some hormonal changes at this time, too.

Mental health experts say that both parents should be screened for mental health disorders during the months after a child is born. Providing them with the right resources to get proper support during this adjustment period is also important.

Bea stressed the importance of self-care. That means eating healthy, exercising, resting when possible and sharing feelings with a trusted loved one.

Daniel Singley, a psychologist and founder/director of the Center for Men's Excellence in San Diego, told U.S. News & World Report that it is likely that more fathers and couples experience depression than current research shows. This is partly because depression is measured in a variety of ways in studies; plus, men tend to underreport depression and anxiety.

He added other parental units, such as two moms or two dads, should also be included under the idea of "parental mental health," emphasizing that support is important for all parents as they welcome a new child into the family.