Predictions for the Phillies 2016 season 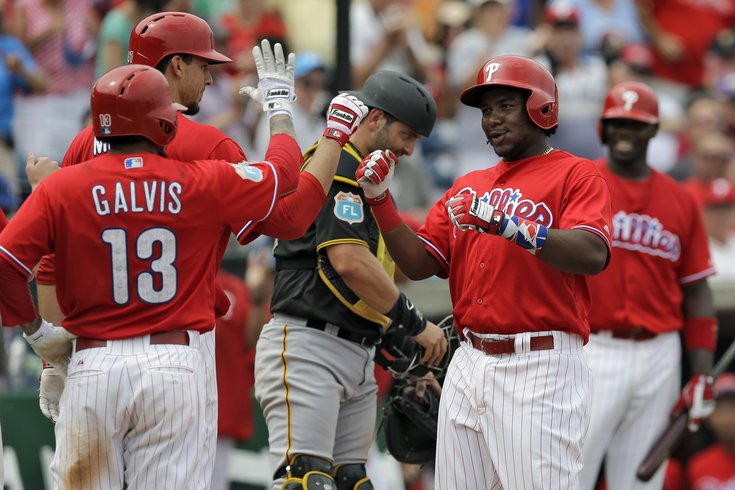 The Philadelphia Phillies will open their 2016 season on Monday in Cincinnati, and while most believe the team will be the worst -- or close to it -- in baseball for the second-straight year, there are plenty of unanswered questions. From how many games they'll win to which prospect will be the first to don red pinstripes, our staff tried to help answer some of those questions -- at least as best we could.

Phillies writer Ryan Lawrence -- you can read his much more in-depth preview here -- came up with the questions, which were answered by writers Rich Hofmann and Matt Mullin, as well as executive sports editor Matt Romanoski.

Here's a look at how those four see the season unfolding.

How many home runs will Ryan Howard hit in 2016?

Most starts in the outfield besides Herrera?

How many Phillies starts for Carlos Ruiz?

Which pitcher will lead the starting staff in ERA?

Who racks up the most saves?

Who represents the Phillies at the All-Star Game?

Who is most likely to be traded on or around July 31?

How many games with the Phillies lose in 2016?