By contrast, uncontrolled mental health illnesses can be harmful for expectant mothers and their unborn children, doctors say. 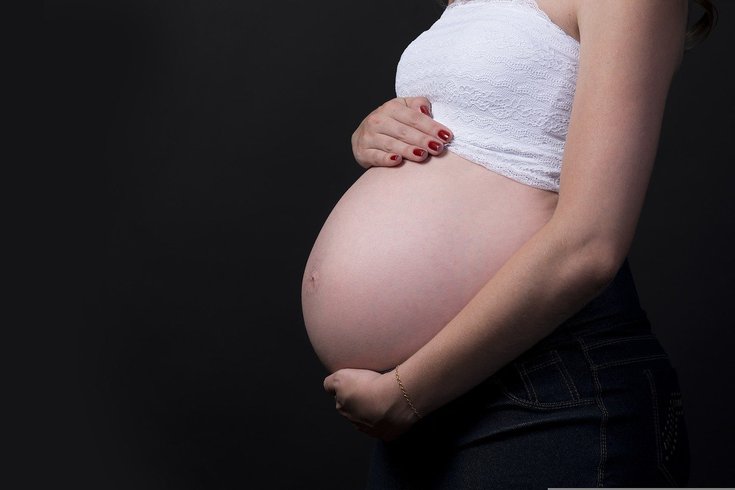 The decision to use antidepressants during pregnancy, in addition to counseling, should be based on a balance of risks and benefits of each patient and consider the severity of illness, doctors say.

The use of some antidepressant medications have been linked to birth defects, though the overall risk is considered low.

But there also has been debate over whether common antidepressants can affect an unborn baby's future neurodevelopment. Some studies have suggested the drugs increase a child's risk; Others have found evidence to be weak, saying larger studies are needed to confirm an association.

Many of these older studies were observational and did not control for contributing factors such as obesity and other health conditions, environmental toxins, inflammation and maternal stress, some scientists point out. The studies also failed to consider whether an expectant mother's uncontrolled depression, anxiety or other psychiatric disorder could affect the the developing fetus.

The latest research on the use of antidepressants during pregnancy offers some hope for pregnant women who suffer from mental illnesses. Researchers found antidepressants are not associated with autism, attention-deficit/hyperactivity disorder, behavioral disorders, intellectual disabilities or learning and coordination disorders.

"Results of previous studies on this topic have presented conflicting results. Due to our large population size and careful study design, we believe that our study offers clarity that could help patients and providers make treatment decisions in pregnancy," researcher Elizabeth Suarez, an instructor at the Center for Pharmacoepidemiology and Treatment Sciences at the Rutgers Institute for Health, Health Care Policy and Aging Research, told CNN.

"We believe these results are reassuring when it comes to concerns about the potential effects on neurodevelopmental outcomes in children, especially for diagnoses that may be of greater concern to expectant parents like autism spectrum disorder."

The Mayo Clinic says the decision to use antidepressants during pregnancy, in addition to counseling, should be based on a balance of risks and benefits for each patient and account for the severity of illness.

Some antidepressants have been linked to an increased risk of birth defects, including paroxetine (Paxil) and fluoxetine (Prozac). But others are considered to involve much less risk.

Though the risk of birth defects is generally low, about 30% of babies whose mothers take selective serotonin reuptake inhibitros experience neonatal adaptation syndrome, which causes jitters, irritability, poor feeding and respiratory distress, for up to a month after birth.

According to Johns Hopkins Medicine, doctors are not sure whether the syndrome is the result of the baby's withdrawal from the drug after birth or due to exposure to the drug during pregnancy. There is no evidence, however, that stopping the medicine or tapering dosages near the end of the pregnancy reduces the risk.

The bottom line, experts say, is that treatment for depression and other mood disorders during pregnancy is important. This includes both medication and counseling.

Studies have shown that uncontrolled mental illnesses can lead to stillbirth, preterm birth, growth restriction and increased risk of neurodevelopmental and mental health issues. Research also shows that pregnant women who have uncontrolled depression are more likely to skip prenatal visits, eat an unhealthy diet and drink or smoke.

For women with mental health disorders, talking with a reproductive psychiatrist can be helpful when having to weigh the potential risks of staying on medication during pregnancy. The risk of untreated disease on the pregnancy and on the mother also need to be weighed.