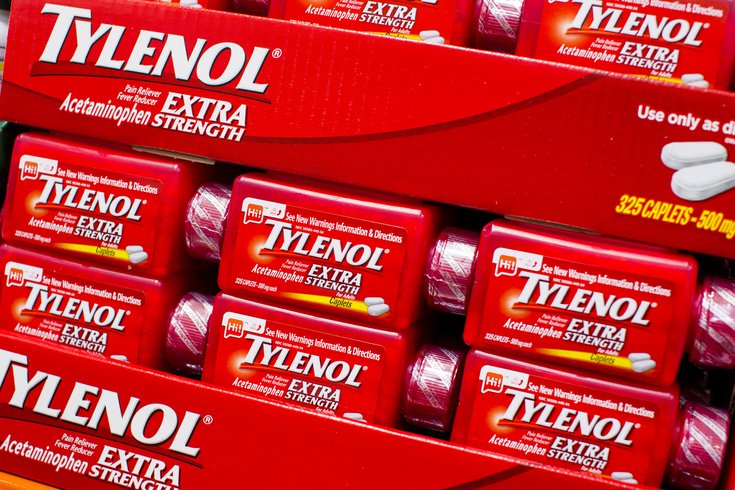 Tylenol use during pregnancy may be associated with later behavioral problems in children, such as sleep disturbances and ADHD, according to researchers at Penn State College of Medicine. The study adds to a growing consensus that women should use acetaminophen more sparingly during pregnancy.

Tylenol and other common over-the-counter drugs that contain acetaminophen generally have been regarded as safe for pregnant women to use, but a growing body of research now connects them with later behavioral issues in preschool children who were exposed to acetaminophen in the womb.

New findings from the Penn State College of Medicine, published last month in the journal PLOS One, support the evidence that there are some links between Tylenol use and a range of behavioral issues including sleep disturbance, memory problems and attention deficit hyperactivity disorder.

The Penn State study's findings could influence recommendations for pregnant women, who often take these drugs to reduce symptoms of fever, pain, colds and allergies.

"Pregnant people experience pain, fever and other ailments that could be alleviated through the use of acetaminophen," said researcher Kristin Sznajder, a public health sciences professor at Penn State. "While the medication may provide relief in the moment, research increasingly indicates there may be downstream effects that could be detrimental to child development. More research is needed so appropriate recommendations can be made to pregnant people."

In addition to Tylenol, acetaminophen is found in DayQuil and NyQuil, Mucinex, Robitussin and Sudafed, among other common drugs and their store brand versions. Also known as paracetamol, acetaminophen is an active ingredient in more than 600 medications used to relieve mild to moderate pain and reduce fever.

The Penn State study looked at data from more than 2,400 women in Pennsylvania, following them from the third trimester of their pregnancies up to three years postpartum.

The women were surveyed once during their pregnancies about their medication use and frequency. Approximately 41.7% of participants reported use of acetaminophen while pregnant.

The women were interviewed during six-month intervals until their children turned 3 years old. At the final interview, mothers were asked to rate their children using a three-point scale to describe how often they present a variety of neurodevelopmental and behavioral outcomes. The questions included whether the child "can't sit still or (is) restless," "avoids looking others in the eyes" and "doesn't want to sleep alone."

The researchers took the scores from each behavior to determine how much the children fit criteria for being emotionally reactive, anxious or depressed, withdrawn, aggressive or prone to sleep problems.

Children of women who used acetaminophen were significantly more likely to have sleep problems and attention problems compared to children of those who did not use acetaminophen during pregnancy, the researchers found.

The study controlled for variables such as high levels of stress and depression during pregnancy, since women who used acetaminophen during pregnancy were more likely to have been diagnosed with anxiety or depression before becoming pregnant. Prenatal stress also may contribute to behavioral challenges in young children, so the women in the study also were asked about their stress levels.

Among women who used acetaminophen during pregnancy, 22.7% described their children as having sleep problems and 32.9% described their children as having attention problems. That compares with 18.9% and 28%, respectively, among women who didn't report using acetaminophen during pregnancy.

The research team notably did not have data on factors such as the trimester of acetaminophen use, frequency of use and dosage amount.

Sznajder said another study is underway that attempts to take these habits into account, since they could influence outcomes. The study may also bring in a child development expert to more accurately assess the behaviors that mothers report about their kids.

"We should interpret these results with some degree of caution," Sznajder said. "Although acetaminophen is generally considered safe for use during pregnancy, data from multiple studies suggest that there could be effects on childhood development by its use. It's important we learn as much as we can about this subject so we can give expecting mothers data-driven recommendations to care for their children and themselves."

It's not yet clear which processes in prenatal development may be disrupted by acetaminophen use. The drug has been shown to cross the placental barrier and could have a direct impact on fetal development, but how this impacts fetuses is still unknown.

It's possible that acetaminophen damages liver cells in the fetus, which could disrupt gut health and impact neurodevelopment, the researchers said.

Risks are low, but pregnant woman should use caution

Last year, a group of doctors and scientists issued a consensus statement in the journal Nature Reviews Endocrinology urging increased caution around acetaminophen use in pregnancy, which they linked to possible effects on reproductive and urinary systems, in addition to brain development.

Studies on the prevalence of acetaminophen use have found that 40% to 65% of pregnant women report using these drugs with varying frequency and dosages. Historically, during preconception and pregnancy counseling, doctors have advised women not to use NSAID drugs such as Advil and Aleve, recommending acetaminophen instead.

"Now I also tell people that some concerns have been raised about acetaminophen use during pregnancy, and explain that its use should be limited to situations where it is really needed," said Dr. Kathryn M. Rexrode, chief of the Division of Women's Health at the Harvard-affiliated Brigham and Women's Hospital in Boston.

The risks of acetaminophen use during pregnancy are still considered low and not a cause for alarm. More research is needed to reach clearer conclusions about whether these drugs are responsible for later problems in children and when during pregnancy these risks may be heightened.

There are times when not taking Tylenol — during an especially high fever, for example — could be more harmful to the baby than taking a drug to reduce the fever.

Rexrode stressed that women should consult a doctor when in doubt. The prevailing guidance for acetaminophen is to take the lowest necessary dose for the shortest period of time, which is generally true for all over-the-counter medications, particularly during pregnancy.