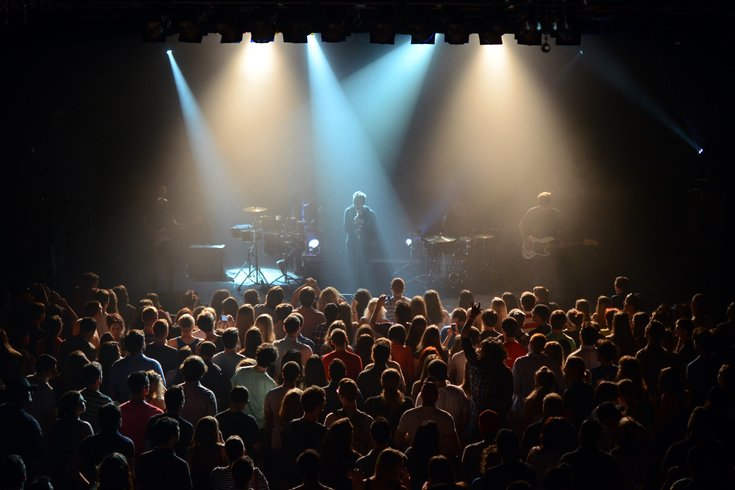 The Theatre of the Living Arts (or TLA as most Philadelphians know it), located in the heart of South Street, has become one of Philadelphia’s premier small-concert venues, welcoming both established and up-and-coming artists almost every night of the week.

As Billy Penn reported Wednesday, City Councilman Mark Squilla of the First district has introduced a bill that would require small Philadelphia venues like restaurants, bars and nightclubs to collect the contact information of all the bands, rappers, DJs and other performers that perform in their space. It also requires them to hand over this information registry – names, addresses and phone numbers – to the police when asked.

The bill is an amendment to the "Special Assembly Occupancies" section of the Philadelphia Code, which describes how smaller venues become licensed to host special events like concerts and live broadcast screenings for 50 or more people. Squilla's bill would grant the police department approval of special assembly occupancy licenses, in addition to requiring that venue owners have and relinquish the aforementioned performer contact information registry upon request in order to operate, receive or retain a license.

Essentially, that means the police can decide what performers play where and when by looking into different performers and their track records before approving a license or allowing for its operation. Needless to say, the bill has received a very negative response from the concert-going public, promoters and performers.

"Its ridiculous," Jeff Sotland, owner of Tabu Lounge & Sports Bar (who also happens to be a lawyer) told PhillyVoice via email. "The city attempts to over legislate and that is why Philadelphia is basically the most difficult city to operate a bar/business in. There is no rational purpose to this bill and only serves to increase the burden on bars."

"Many of our events are not of our creation. So a birthday party takes our basement space and brings a DJ. I now have to vet that person? We do Songbird...a singing competition? Does every contestant need to provide me with their information?" Sotland continued. "These bills are typically done to stop a nuisance bar in a specific neighborhood but are done with such a broad brush that it creates a mess."

Though Squilla has denied the bill is in response to any particular incident(s), it's worth noting the September shooting outside the Theatre of Living Arts, when a man was killed during a concert featuring Gunplay and Lil Durk concert, falls in his district.

Avram Hornik, owner of Four Corners Management, which operates Morgan's Pier, The Dolphin Tavern and Ortlieb's, among others, told PhillyVoice the "knee-jerk" bill also adds an "unfair" burden of responsibility for police officers.

“[Police are] not trained for it. They have enough responsibilities to police the city and keep the city safe -- why do they have the responsibility for deciding if something is a risk or not?" Hornik said. "And if they don’t affirmatively say it’s safe, then if something goes wrong, they're responsible.”

"The way this is drafted, it puts everything in the police’s court for everything that happens in his or her district."

He added that the process would be susceptible to "prejudice, censorship or bias," and that the lack of communication with those in the entertainment industry leading up to the bill's introduction is frustrating.

"People who propose those bills should be held accountable for their ideas that don’t make any sense," Hornik said. "They should think before they put forward public policy ideas. To consult people shouldn’t be after the fact, it should be before the fact.”

A Change.org petition to stop the bill, which is headed to a committee hearing, has already received more than 1,000 signatures at press time. Philadelphians and performers alike have expressed their outrage via social media, too, with many arguing that performers will (understandably) decline to give out their private information and skip Philly shows altogether instead.

@CMMarkSquilla I hope you lose your seat on the council. Registering Entertainers... #stupididea

@CMMarkSquilla I've heard of pay to play but never give my personal info to the police to play. @BernieSanders please help!

@CMMarkSquilla - The performer registry is a ludicrous knee-jerk reaction & a solution looking for a problem. #music #philly #fail

@CMMarkSquilla we sincerely hope you reconsider the amendment to section 9-703.

Musicians of the world: if you come play your songs in the 5th largest metro city in the states, @CMMarkSquilla wants you in his database.

A hearing date for the bill has yet to be set. Councilwoman Maria Quiñones-Sanchez, chairwoman of the Committee on Licenses and Inspections, told Billy Penn the public will have a chance to comment.