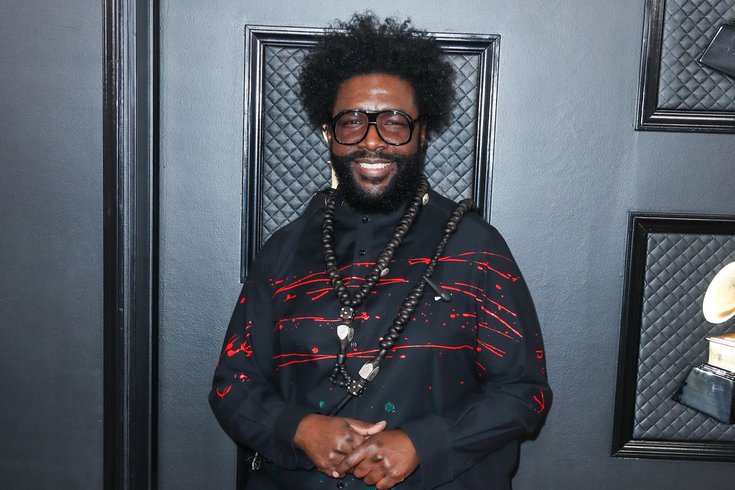 Ahmir 'Questlove' Thompson will host a Food Network special, 'Questlove Potluck,' on Thursday, May 28, at 10 p.m. Many of the drummer's celebrity friends, including Roots bandmate Tariq 'Black Thought' Trotter, will virtually hang out with the Philly musician.

Ahmir "Questlove" Thompson is kicking his foodie status up a notch by hosting an all-star Food Network special later this month in order to raise money for America's Food Fund.

Questlove will remotely visit the kitchens of his famous friends on "Questlove's Potluck," including Kenan Thompson, Tiffany Haddish, Olivia Wilde, Zooey Deschanel, and bandmate Tariq "Black Thought" Trotter. During the hour-long special, each guest will give a recipe for one of their favorite dishes or cocktails.

The special is inspired by the The Roots co-founder's 2019 cookbook, "Mixtape Potluck Cookbook: a Dinner Party for Friends, Their Recipes, and the Songs They Inspire."

“Bringing together friends, collaborators, and those who I admire around food is something I love to do," Questlove said in a statement. "When I can bring people together around a cause that I care deeply about, it’s even more meaningful."

In addition to his 2019 cookbook, Questlove also published the New York Times best seller "Creative Quest" in 2018 and the nonfiction book "something to food about: Exploring Creativity with America's Most Innovative Chefs" in 2016. The latter was nominated for a James Beard Award in 2017.

The Roots drummer also partnered with Impossible Meat last year to launch a plant-based Philly cheesesteak sandwich, which was introduced in Philly at Citizen’s Bank Park, The Met and BB&T Pavilion before expanding across 40 venues in a partnership with Live Nation.

And if you want to catch Questlove on TV earlier than May 28, he'll be joining LaBelle and others as headliners for the PHLove concert benefitting COVID-19 relief efforts on Thursday.