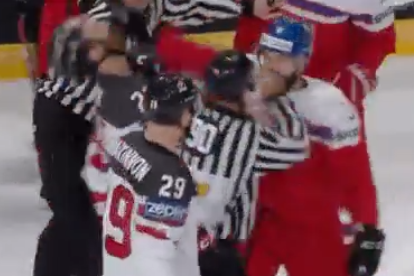 For the Flyers, who missed out on the NHL playoffs for a second straight year, country now comes first at the IIHF World Championships. I get that. So, if the Czech Republic’s Radko Gudas sees any one of his Orange and Black teammates playing for Canada — That would be Claude Giroux, Brayden Schenn, Travis Konecny, and Wayne Simmonds — caught in a position where they need be checked, he won’t think twice about it.

For better or worse, Gudas’ defensive style is probably best be described as “heat-seeking missile.” If you play against him, odds are you’re going to get hit.

Sending the captain to the ice with a no-look “one shot, bro” type punch to the chin after the whistle, well, that’s probably new one, even for Radko: