The nonprofit installs new roof, drywall and electrical work to North Philly home that had fallen into disrepair 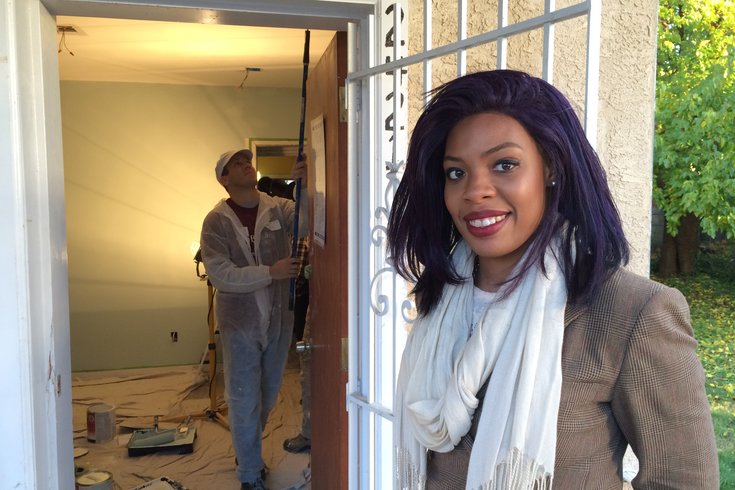 Nymiura Lee, who twice served in the Air Force Reserves, stands outside her family home as volunteers renovate the interior. The nonprofit organization Rebuilding Together Philadelphia spent three days repairing the home, which had fallen into disrepair.

Nymiura Lee stood outside Wednesday afternoon as a team of volunteers put the finishing touches on a series of major renovations to a deteriorating – but cherished – house her family has owned for decades.

"It's amazing, to say the least," said Lee, whose late grandfather, World War II veteran George Barksdale, purchased the North Philadelphia home in 1959. "We thought the house was a goner until Rebuilding Together Philadelphia came in and flipped everything around and worked a miracle." 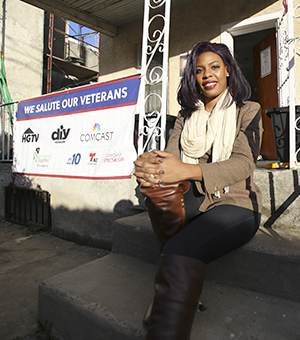 Lee's late grandfather, World War II veteran George Barksdale, bought the North Philadelphia home in 1959. Its ownership later transferred to Sandra Lee, her mother, who was the widow to World War II Army veteran Charles Lee. It was treasured by the family, said Nymiura Lees (pictured left), even when it was difficult to find the means for repairs.

Sandra Lee, who still owns the home, was ill and unable to attend renovations Wednesday.

"We fought for this place," Lee said. "My grandparents worked so hard for it."

Volunteers from Comcast and Scripps Networks' HGTV/DIY Network joined Rebuilding Together on Veterans Day for the final renovations — installing new drywall and slapping a fresh coat of paint on the living room, dining room and kitchen.

The project marked a break from Rebuilding Together's typical focus of repairing clusters of homes in low-income neighborhoods. At Veterans Day, the nonprofit undertakes a veteran-related improvement project, like renovating a VFW Post.

"We are very happy to help a homeowner this time," Executive Director Stefanie Seldin said.

Sandra Lee's late husband, Charles Lee, served in the 858 Engineers Aviation Battalion in World War II. The battalion was the only all-black battalion serving in the China, where Lee worked on the Burma Road. He later joined the Fighting 99th branch of the Tuskegee Airmen.

Sandra Lee shares the house with her daughter, who twice served in the Air Force Reserves. 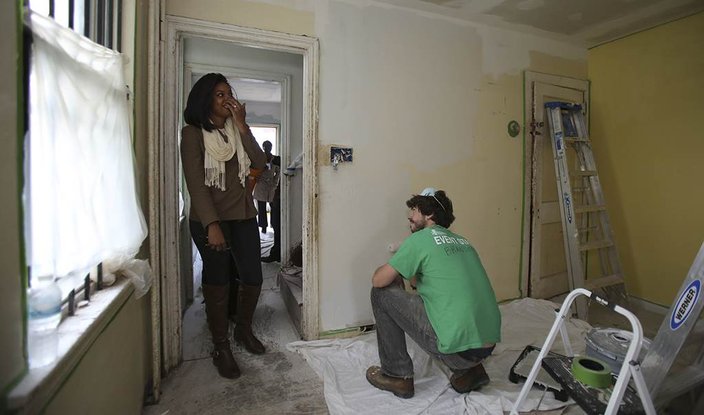 Nymiura Lee covers her mouth in shock after checking out renovation work being done by a team of workers on her family home in North Philadelphia. (Comcast Corp.)

Nymiura Lee, a Chicago native, has fond memories of the home, recalling early childhood visits at the holidays and during the summer. When her family moved into the neighborhood, the house became a second home. Nymiura recalls her grandmother raising a garden out back and always trying to make the family and home more comfortable.

She said she was was grateful to see the home restored.

"It's phenomenal," she said. "There aren't any words that can really describe the feeling, especially when the prior feeling was hopelessness. For years, my grandparents would try to fix it. People would try to cheat them or do shoddy work. We were out of money.

"They're a godsend," she said of the workers. "Without them, it wouldn't have been possible."