Who will be crowned the Eastern Shore's strongest beach patrol? 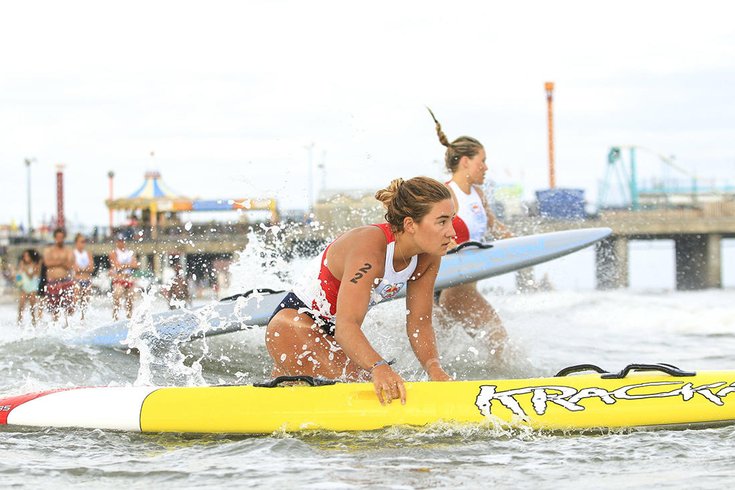 Competitors take part in the paddle-board portion of the competition at Red Bull Surf + Rescue in Atlantic City, New Jersey on July 19, 2016.

The evening event, now in its third year, is free to watch from the boardwalk or beach.

There are four rounds in the competition, with teams being eliminated after each round.

The final eight teams compete in Round Four.