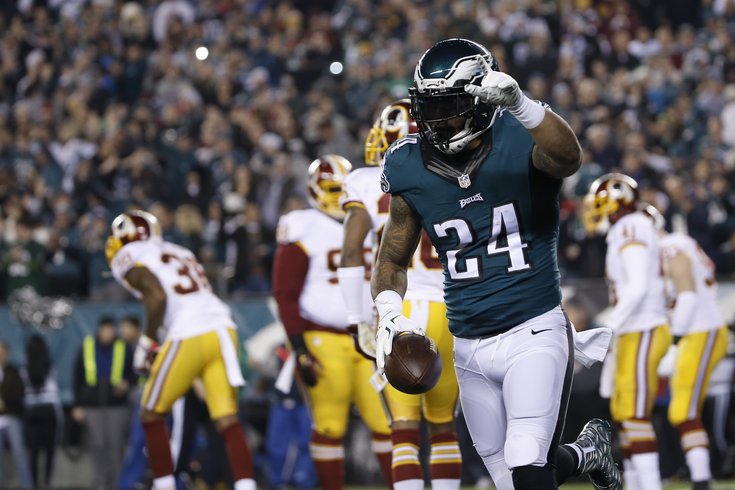 Ryan Mathews has a cool visor, but he can't stay healthy.

It has been obvious for months that the Eagles would love to get rid of DeMarco Murray and his terrible contract. However, it appears as though another Philly running back, Ryan Mathews, can also be had "for the right price," according to Ian Rapoport of NFL Network.

#Eagles have made it known that it's not just DeMarco Murray who is available, but also Ryan Mathews, as well, for the right price.

Mathews was good last season when he was healthy. He gained 539 yards and scored six touchdowns on 106 carries (5.1 yards per carry), and was far more effective than Murray. However, as he has over the entire course of his career, Mathews was unable to consistently stay healthy.

Mathews is scheduled to head into the season with a salary cap number of $4 million. The Eagles will save $2 million of that if they trade him. He would count for $2 million against the cap in dead money.

For a savings of just $2 million, the Eagles would have to get something worthwhile in return for Mathews for that to make sense.