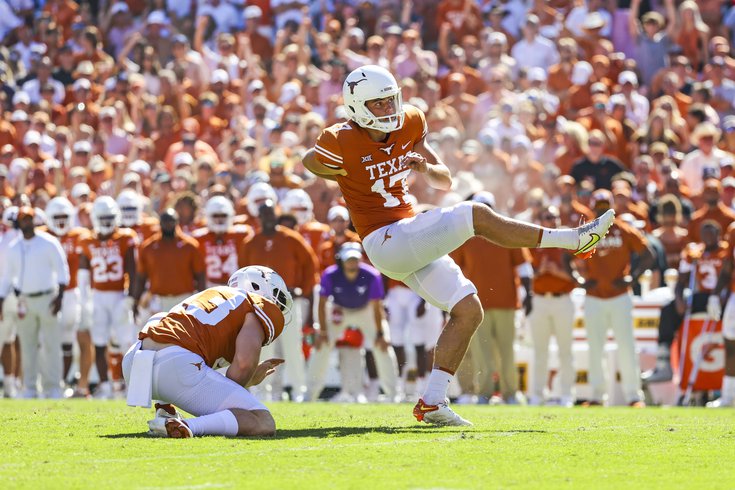 The Philadelphia Eagles have signed rookie K Cameron Dicker to their practice squad, according to a report from Tom Pelissero of NFL Network.

The #Eagles are signing kicker Cameron Dicker to the practice squad, per source.

Jake Elliott got banged up late in Sunday’s game. If he can’t go this week, it’d be Dicker the Kicker.

As noted by Pelissero, Dicker will serve as a contingency plan should Jake Elliott need to miss time after suffering an injury on Sunday against the Jaguars.

Should Elliott be unable to play on Sunday in Arizona against the Cardinals, at least that's a domed stadium.

Also, yes, Dicker rhymes with kicker. Let's just acknowledge that one time only and move on, thanks.